Posted on September 21, 2015 by leelinesteamers 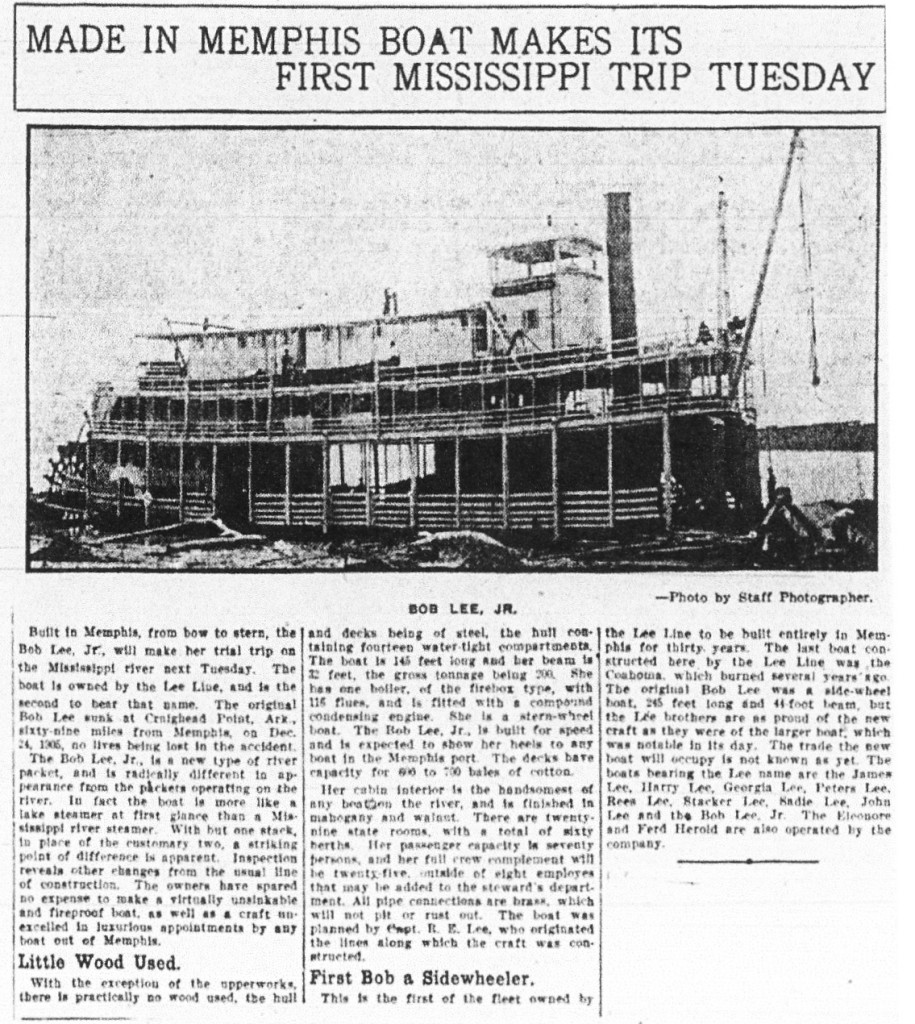 The BOB LEE Jr was built on the levee by the Southern Tank & Boiler Works.  She was 145 ft long x 32 ft wide. A fire destroyed her upper works in Aug. 1913.  She was sold to Standard Oil which made a towboat out of her and renamed her CORONA.  Later she was sold to a subsidiary of Standard Oil, the Transcontinental Oil Co. and taken to the Panuco River Mexico where she was renamed ROBALO.  Eventually she was brought back by Standard Oil and renamed CORONA.  Pictures in the Univ. of Wisconsin LaCrosse collection show her pushing gasoline barges.  Interestingly, a few days after the BOB LEE Jr. was completed, my great uncle Robert E Lee in a Memphis newspaper was quoted as saying “his company would never build a side-wheel boat, the day of the big boat is gone.”  Later modifications added an additional smoke stack along with four boilers replacing the origional single boiler.

The above newspaper clipping was taken from Capt. William Tippitt’s History of the Lee Line.