Posted on September 11, 2015 by leelinesteamers

This history of the FERD HAROLD was complied by Capt. William Tippitt as part of his history of the Lee Line and is found at the end his 1920 report.  The FERD was operated along with the GEORGIA LEE as part of the Memphis and St. Louis Transportation Co.  My great uncle G. Peters Lee was Vice President of this company.  Of interest is the mention of Capt. Milt Harry who at various times in Capt. Tippitt’s History of the Lee Line was mentioned as a friend, a shewed competitor, “friendemy” and finally enemy.  Capt. Harry was a man who seemingly always had plan a, plan b and plan c when he encounter numerous setbacks over the course of his long career.  The loss of a Milt Harry boat proved to be a stepping stone to the next boat and backers for Capt. Harry.  He landed on the Lee Line enemy list when he bid on a one year mail contract at no cost to the Post Office; taking the contract from a Lee Line boat. 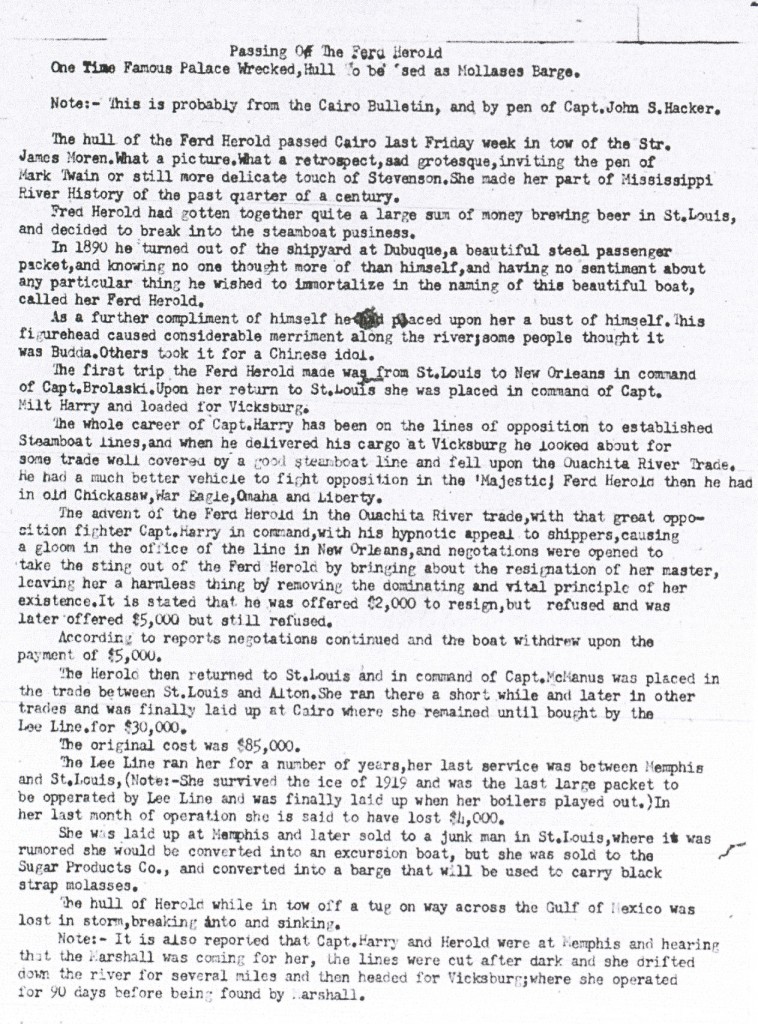