Posted on October 17, 2012 by leelinesteamers

The Memphis Commercial Appeal reported on October 16, 1887 the following:

As might have been expected the huge crowd in the city for the visit of President and Mrs. Cleveland proved to be a rich harvest for the pick-pockets and sneak thieves, with large sums of money and many pieces of jewelry nipped from the people lining the streets.  Police arrested 10 of the fine-fingered operators and on them found cash and valuables amounting to several thousands of dollars.  But many more of their ilk escaped arrest. 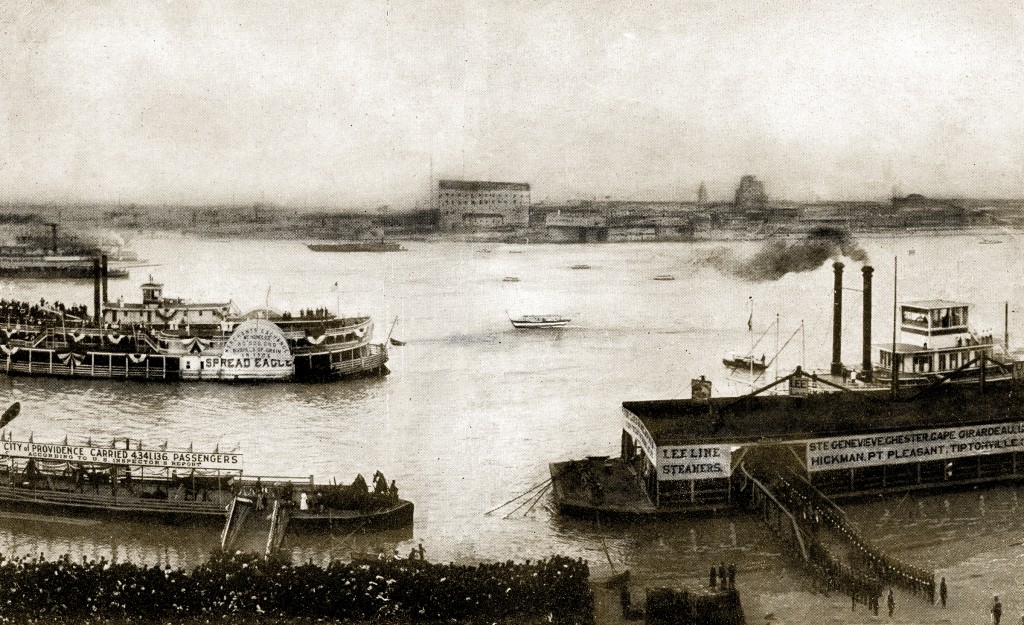 The previous week, President and Mrs. Cleveland arrived in St. Louis Mo where they took a riverfront tour of the city on a steamboat.  The above picture is from a post card commemorating their visit to the city.  Apparently,  the Presidential party disembarked on to the St. Louis Lee Line wharf-boat.  The trip continued down the west side of the Mississippi River before taking the KATE ADAMS across the river to thousands of people lining the bluffs of Memphis who welcomed President and Mrs. Cleveland.