Posted on August 8, 2012 by leelinesteamers 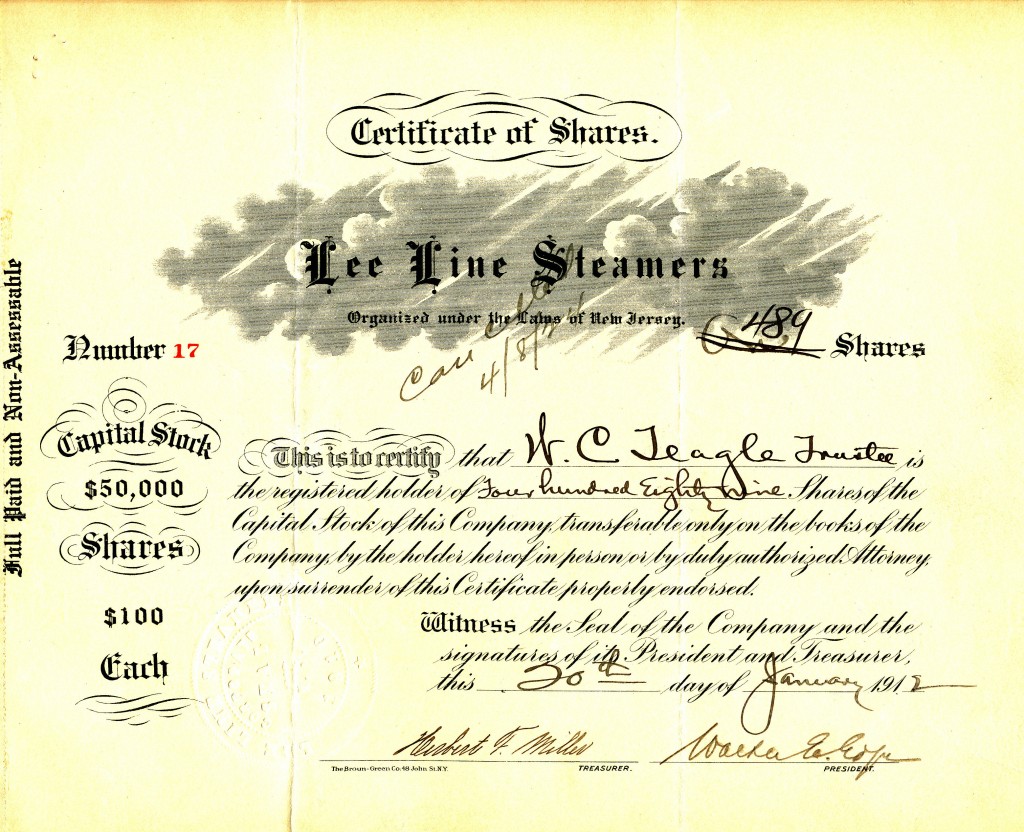 On January 20, 1912, the Lee Line became a New Jersey incorporated business.  Walter Teagle married my great aunt Rowena Lee after meeting her on a transatlantic cruise sometime in the early 1900’s.  Walter Teagle served as President of Standard Oil of New Jersey as well as being involved at a corporate level with the Lee Line.  Walter Edge was married to Lady Lee Phillips the daughter of my great aunt Sadie Lee Phillips.  Lady Lee Phillips Edge died several days after giving birth to their first child.  Walter Edge served as governor of New Jersey and ambassador to France as well as a corporate officer of the Lee Line.

This old certificate is part of the collection of papers my brother George salvaged from the Lee Building in the early 1980’s.