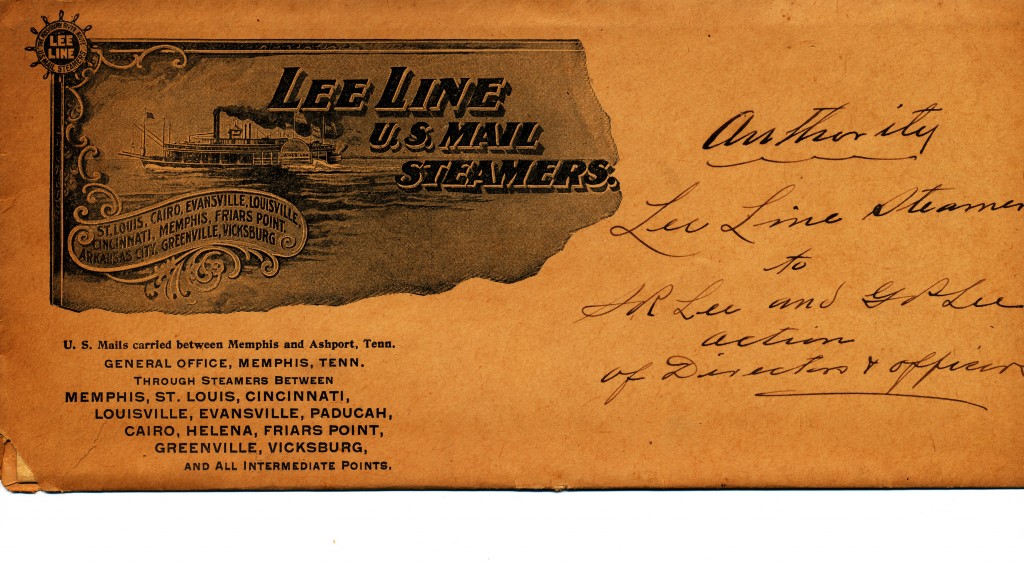 This envelope contained a letter dated November 1, 1912.  Engraved detailed vignettes were common on company stationary during that era.   From time to time EBay sellers list steamboat way bills and other business forms from a variety of steamboat lines.  Under the above tab Lee Line ephemera, I have various Lee Line freight slips showing items shipped on different company boats to the Anderson Tully Company during the early 1900’s.  Interestingly, Anderson Tully is still operating as a land and timber company just as it operated in the late 1800’s.  These shipping papers were purchased from several EBay sellers.   However, I have not seen a Lee Line envelope or letter head for sale on EBay.  This envelope along with a large number of Lee Line financial records were salvaged by my brother George from the former Lee Building downtown Memphis in the 1980’s.