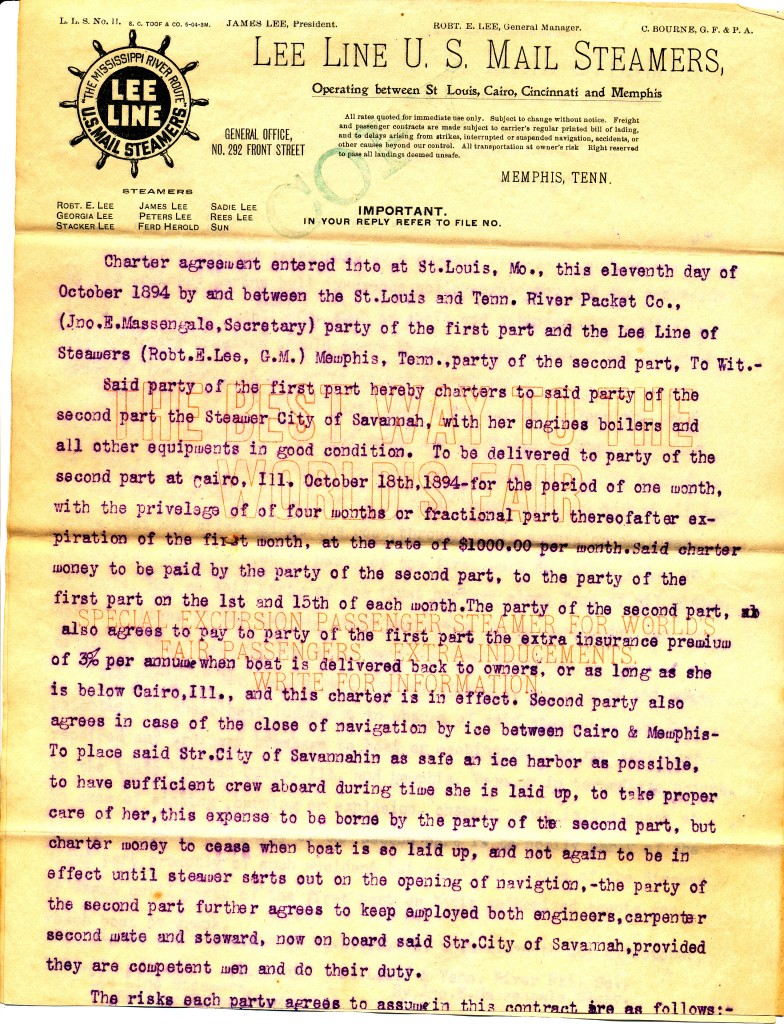 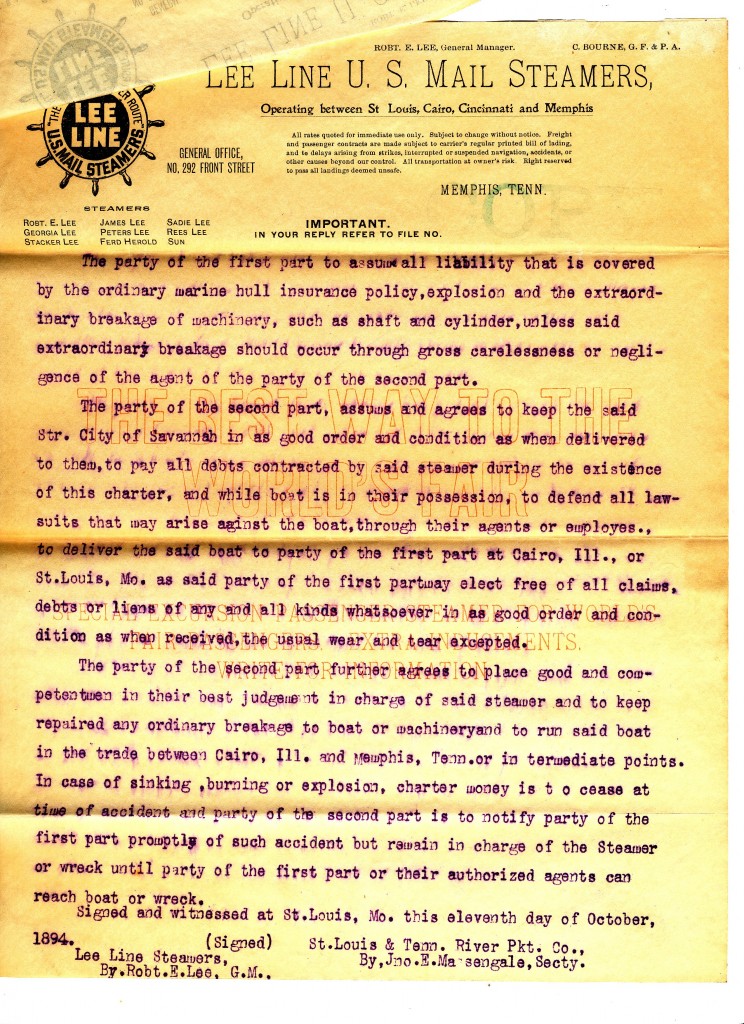 Of interest is the lettering on the stationary “THE BEST WAY TO THE WORLD’S FAIR.”

This document was salvaged from the Lee Building downtown Memphis by my brother George in the early 1980’s.