Posted on January 24, 2012 by leelinesteamers 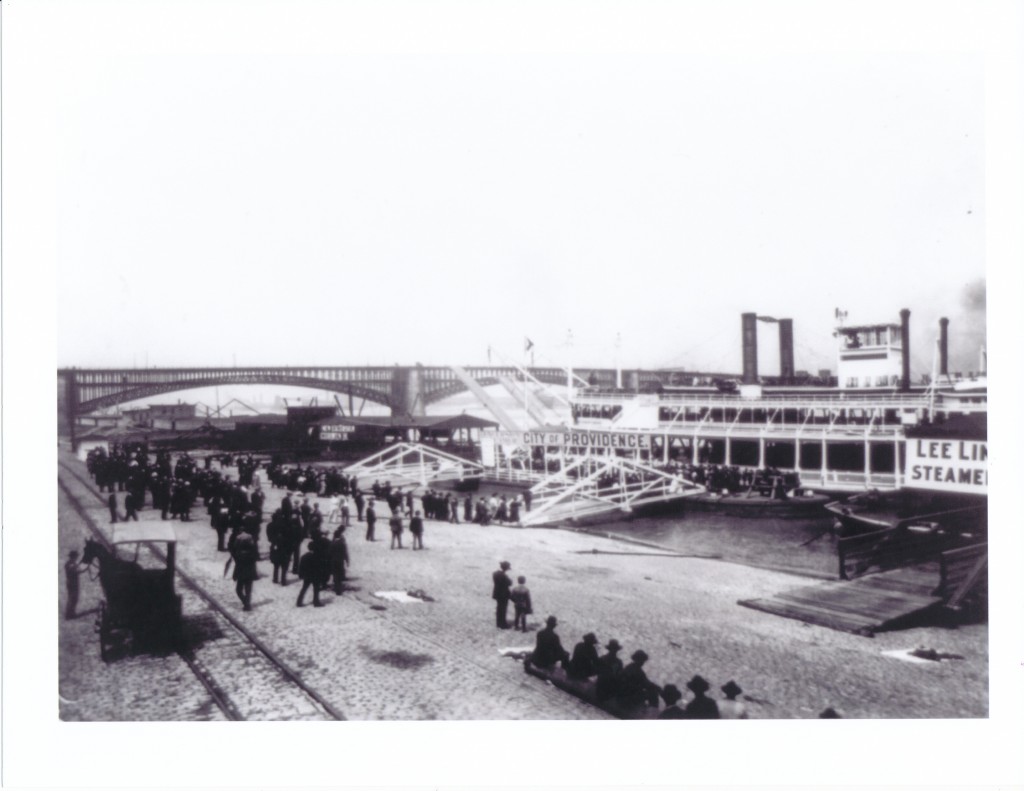 This St. Louis water front picture was taken sometime in the 1890’s to the early 1900’s.  I have another picture of this scene but it is in need of some PhotoShop help before I post a copy.

Way’s Packer Directory has to following to say about the CITY OF PROVIDENCE:  Stern wheel packet, wood hull, built Jeffersonville Ind by Howard Shipyard 1880.  273.7 feet x 44.5 ft x 7.8 ft draft.  Engines 26’s – 9 ft.  Five boilers each 44″ x 30 ft., four flues.  Paddlewheels 34 ft. dia. with 15 ft buckets.  Capt. George Lennox, master, with Frank Perkins and James McMeen, clerks 1882.  Owned by the Anchor Line (competitor of the Lee Line).  She blew out a cylinder head on the port engine 30 miles above Memphis June 15, 1888 killing the striker engineer George Betts.  When the Anchor Line quit business she was sold to the Columbia Excursion  Co. St. Louisand converted into an excursion boat and operated there.  Was pushed out by ice January 20, 1910 and lost.  Her whistle later was used on the Streckfus excursion steamer WASHINGTON, then on SAINT PAUL and SENATOR.  page 96 Way’s Packet Directory 1848 1983.