Posted on September 13, 2011 by leelinesteamers 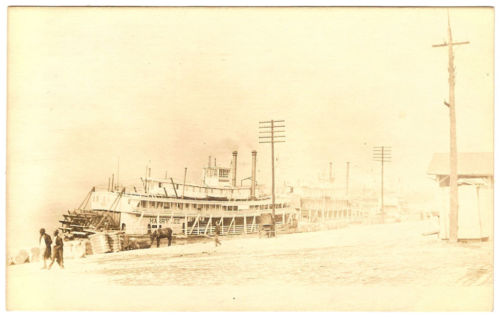 This is one of a few postcards of the HARRY LEE formerly CITY OF WHEELING.  From the looks of both pictures, the HARRY LEE looks more like a work boat since the pineapple tops on her smoke stacks are gone as well as the decorative woodwork on her boiler deck.  Extra bracing has been added on her main deck guards as well.   Enclosed cabins or storage on the WHEELING have been removed on HARRY for more open space on the main deck.  A better picture of the HARRY can be seen under Lee Line Boats smaller boat tab.  Upon further reflection, the above picture could well be the HARRY LEE the second rather than a modified CITY OF WHEELING. 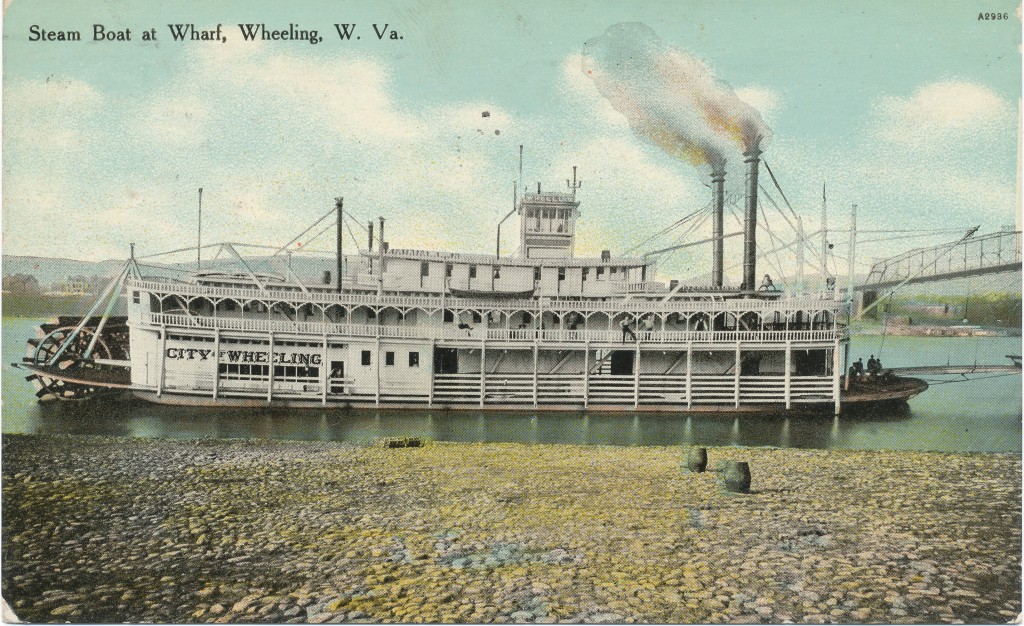