Posted on August 23, 2017 by leelinesteamers

Thank you Mary Smith for sharing these 2 newspaper articles.  The HARRY LEE in this story is the first HARRY LEE which was a wood hulled steamer. 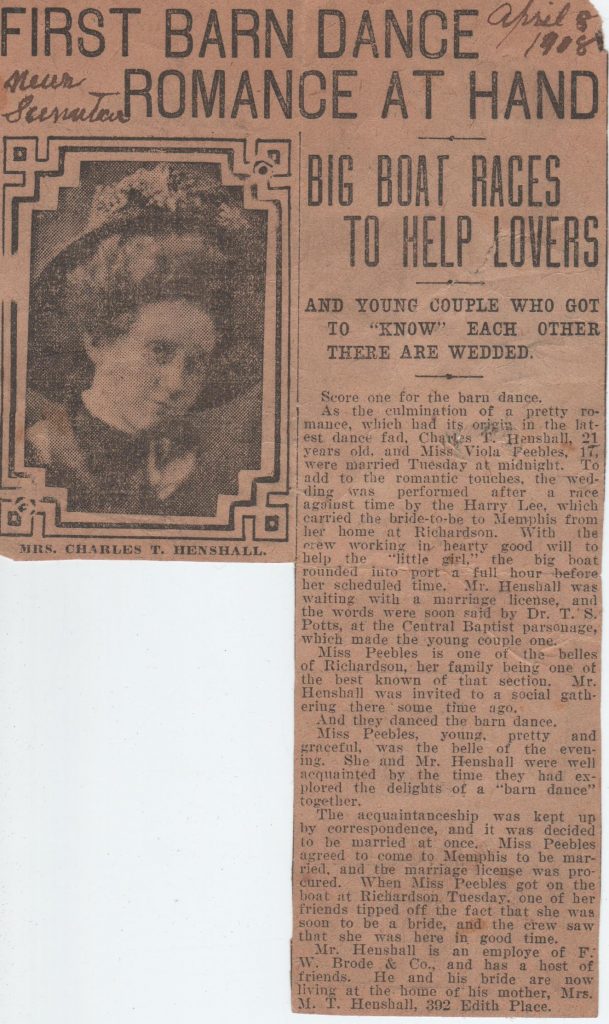 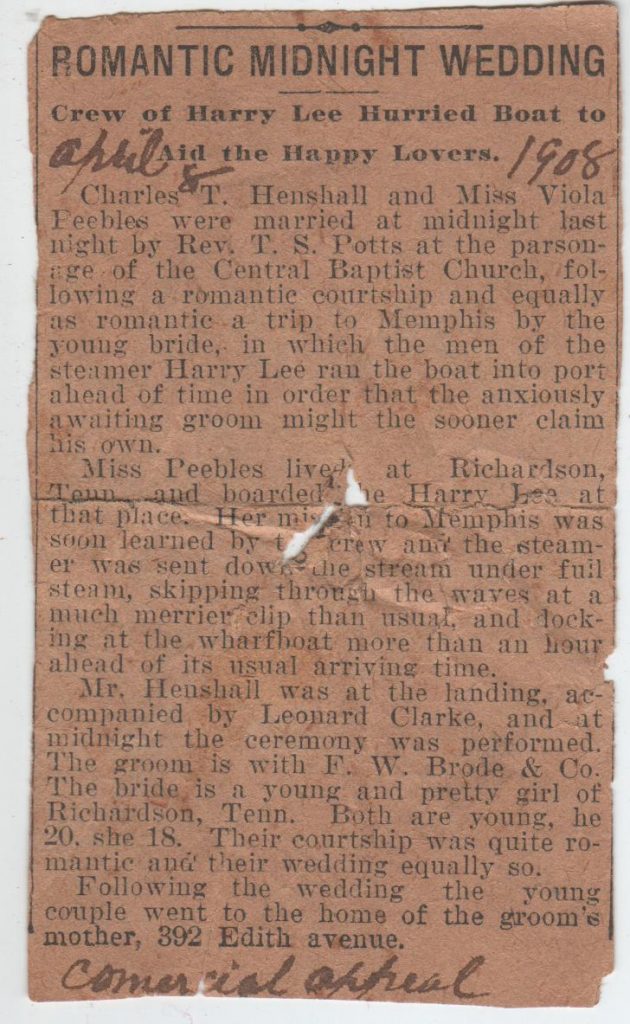 HARRY LEE: Boat 2540 Way’s Packet Directory page 207. Stern Wheeler, Packet, wood hull, built Clarington Ohio 1899. Originally named CITY OF WHEELING. Renamed by the Lee Line. Sank at Brandywine Landing 45 miles above Memphis August 1911 and was raised. Burned at Memphis March 19, 1914. She carried the whistle of the Lee Line ROBERT E LEE.  The S&D Reflector noted in the September 1984 issue that “They (Lee’s) took good care of her and in 1913 gave her new boilers, engines, and put cylinder beams on her.” The S&D also noted following burning on March 19, 1914, “the hull was sold to Watkins Tie Co and converted into a barge. The machinery and boilers were used in the building of a new steel hull HARRY LEE at St. Louis.” (PICTURED BELOW)