Posted on December 31, 2016 by leelinesteamers 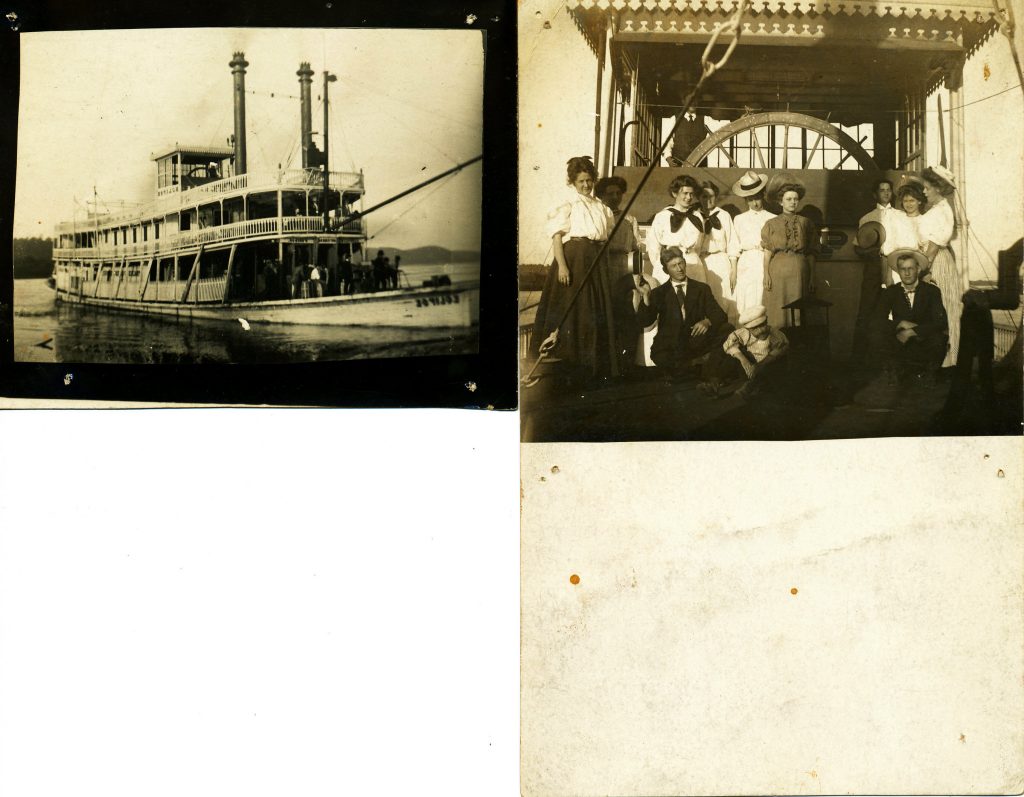 Another recent EBay find.   A hand written inscription on the back of the card to the right reads “Excursion picnic on Eclipse to Garner’s Landing.”   A close examination for the card picturing the ECLIPSE shows the negative should have been printed from the other side as ECLIPSE is reversed.  The ECLIPSE was formerly named the CITY OF ST. JOSEPH and entered the Lee Line fleet some time after 1904.  According to Way’s Packet directory, “she collapsed a Flue in June 1911 killing 18 deck hands and injuring engineer Floyd Morgan.  She caught high and dry at Luna Landing March 1916 and remained there some time.  That November the Lee Line changed her name to ECLIPSE.   Additionally, Way’s records she ran Memphis and Caruthersville.  On Sept. 12, 1925 at 7:00 pm she ended up on a snag, opposite Osceola, Arkansas.  The crew and passengers go ashore over a sand bar.”