Posted on March 7, 2016 by leelinesteamers 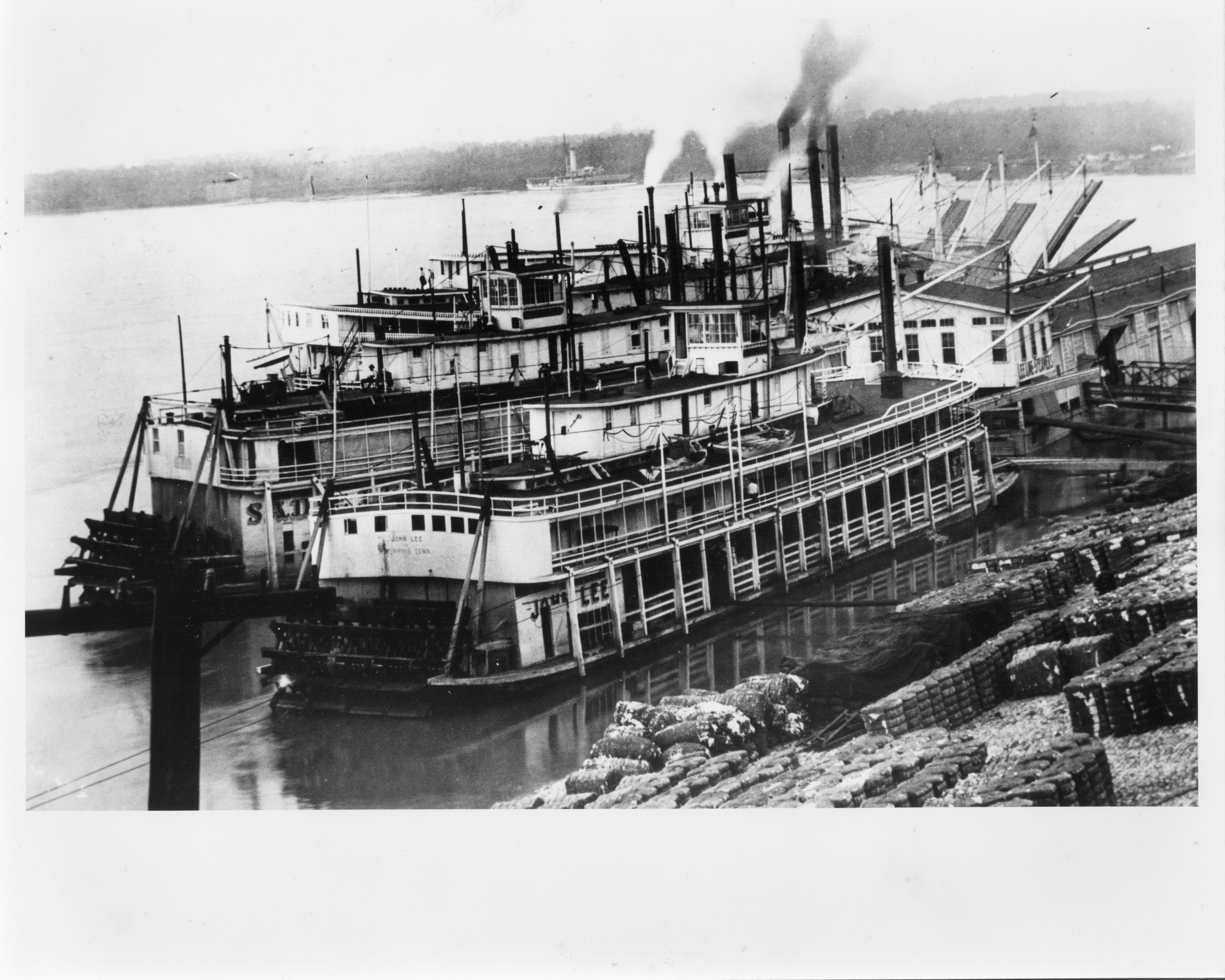 I and some of my friends have been puzzling over the above photo for a bit on another Facebook forum. The warship in the background cannot be the Gunboat USS Nashville, which had two funnels and did not lay that low in the water. The prime candidate appears to be the Monitor USS Amphitrite which was in the area from 1910 to 1916. The later date makes even more sense given that the Sadie Lee (2nd steamboat in) wasn’t even launched until 1901.

Thank you Charles for your keen eye and correct identification of the USS Amphitrite.   Close examination of an enlarged image of the above picture shows a single funnel ship with what looks like a gun turret on her bow very much like a Civil War iron clad Monitor US gunboat.  The link below gives the history of this ship and similar war ships.

This entry was posted in Memphis History, Uncategorized. Bookmark the permalink.