Posted on September 23, 2014 by leelinesteamers 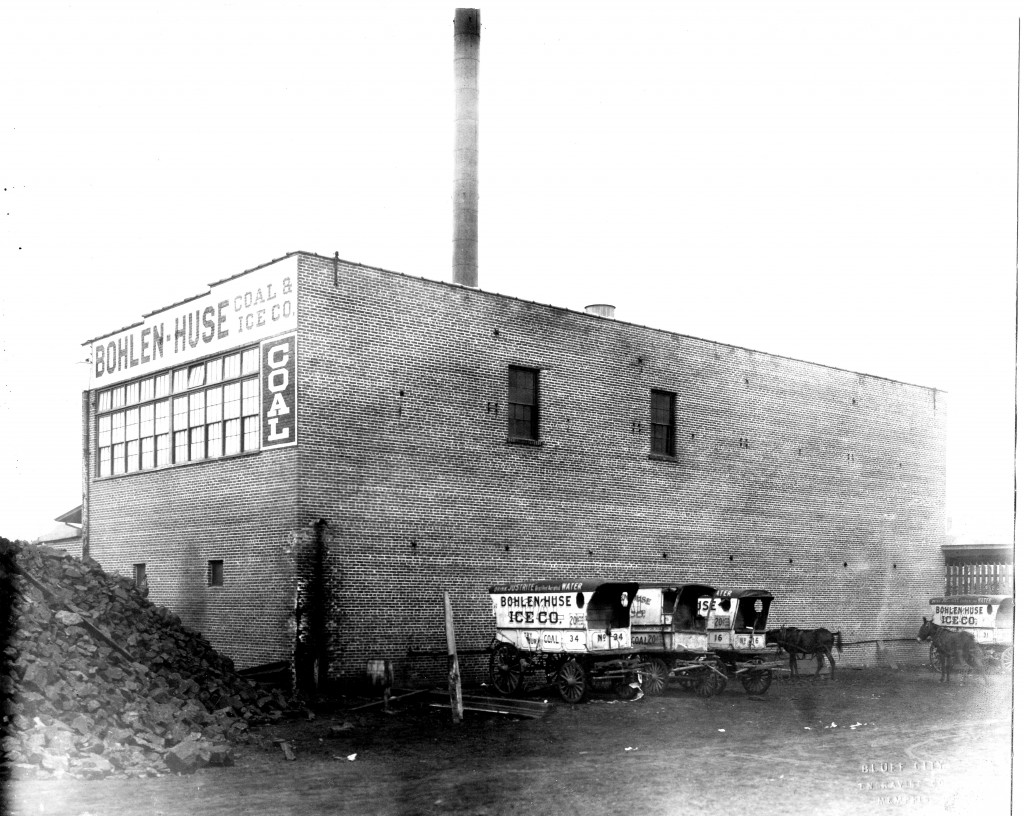 Sometime in the mid 1880’s James Lee Jr. diversified the family business by adding the Bohlen-Huse Machine and Lake Ice Co. to his successful enterprises.  This company was founded in 1850 and became the largest ice business in Memphis under family management.  During the Bohlen-Huse early years, ice was harvested from northern lakes during the winter and barged down the Mississippi River to Memphis.  An early advertisement for the company let the public know that between 5 and 6,000 tons of ice would be available for sale.  By the mid 1890’s large quantities of ice were manufactured at the companies facilities.  Sales of coal helped balance the companies revenue during the winter.  This picture of company wagons was taken around April 1913 following a flood of the companies factory and ice houses on Court Ave. Memphis.  The flood of 1913 involved the Ohio as well as the Mississippi and caused massive damage to both river basins.   A Memphis couple who cared for my fathers first cousin Rowena Lee graciously allowed me to copy these great pictures