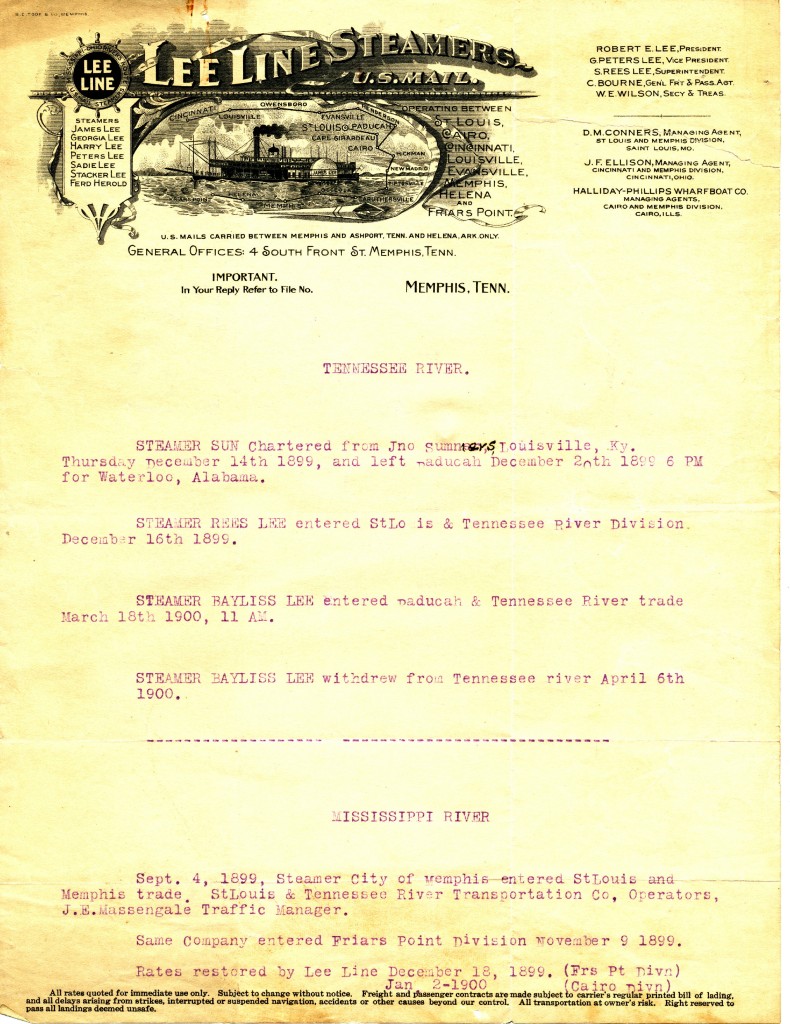 This document is from a treasure trove of documents my brother George retrieved from the Lee Building sometime in the early to mid 1980’s.  The Lee Building was the administrative headquarters for the Lee Line and successor family ventures after the Lee Line entered voluntary liquidation in 1926.

Of interest is the bit of history on the steamer BAYLISS LEE which was built to compete against the Tennessee River Packet Co. on the Paducah Kentucky Tennessee River trade.  The BAYLISS LEE entered the trade March 18, 1900 at 11:00 am and left the trade April 6, 1900.  After leaving the trade, the BAYLISS LEE was sold and renamed the DIXIE.  Recently I purchased a picture of the BAYLISS LEE (renamed DIXIE) as well as pictures of other Lee Line boats and boats my great Uncle Peters Lee purchased for his separate river businesses.    Prior to the liquidation of the Lee Line, my Grandfather S Rees Lee and great Uncle Peters Lee purchased several Lee Line boats which had been idle due to poor economic times around 1914/15.   I will be uploading these pictures along with more history of the family business.