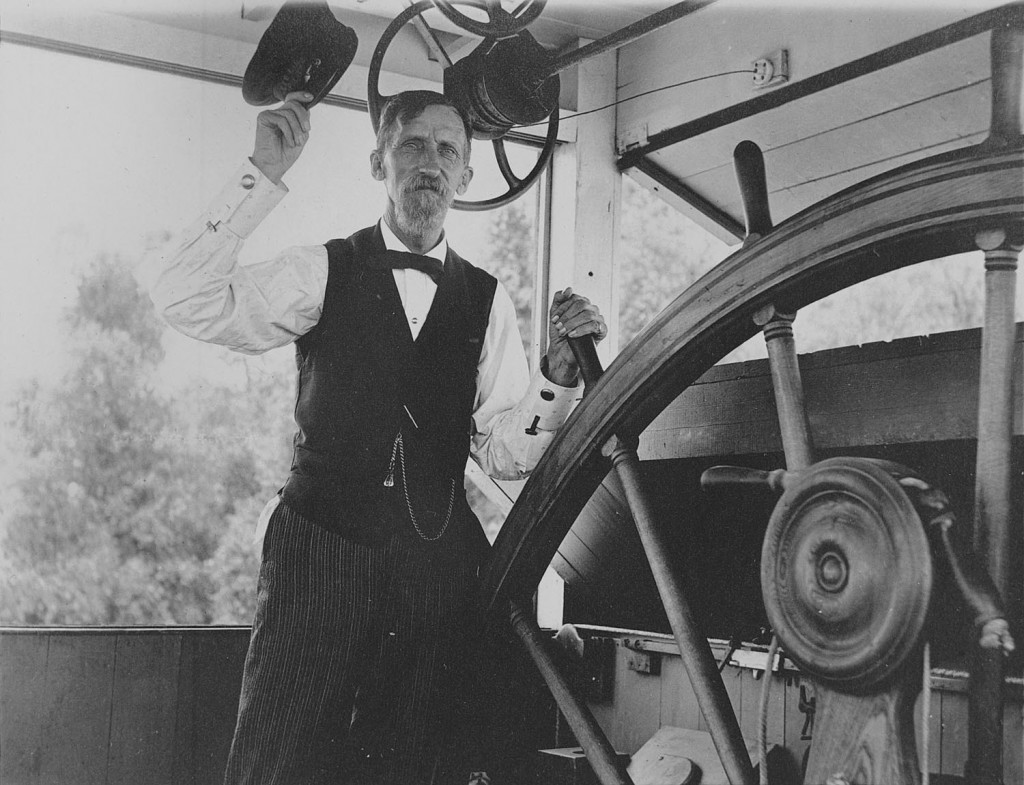 The pilot is holding a hat which faintly reads Lee Line.  The STACKER LEE was affectionately called STACK-O-Dollars since she made the Lee Line alot of money.   Stacker Lee was the younger brother of James Lee Jr. and had a completely different temperment than his older brother.  Sometime during one of the Yellow Fever outbreaks Stacker became infected but survived.    The book Memphis Down in Dixie has quite a bit to say about Stacker.  The STACKER LEE was built quite a while after Stacker died.