May 27, 1896 Disaster strikes the City of St. Louis and The Anchor Line

The third deadliest tornado in United States’ history struck St. Louis, Missouri, and the East St. Louis, Illinois, area on this date back in 1896. This F4-rated twister left 255 dead and over 1,000 injured as it devastated the region.   The Anchor Line (main Lee Line competitor) suffer the loss of and severe damage to several of her steamboats during this storm.  The Anchor Line became insolvent following this disaster.  As a result of the Anchor Line demise, the Lee Line expanded operations beyond Cairo IL into St. Louis.  The Lee Line ordered 3 large side wheel steamers and several smaller stern wheel boats built at Howards Shipyard Jeffersonville Indiana to expand the Memphis and St. Louis trade as well as compete on the Ohio and Tennessee Rivers.  The following account of the storm is from Capt. William Tippitt’s History of the Anchor Line. 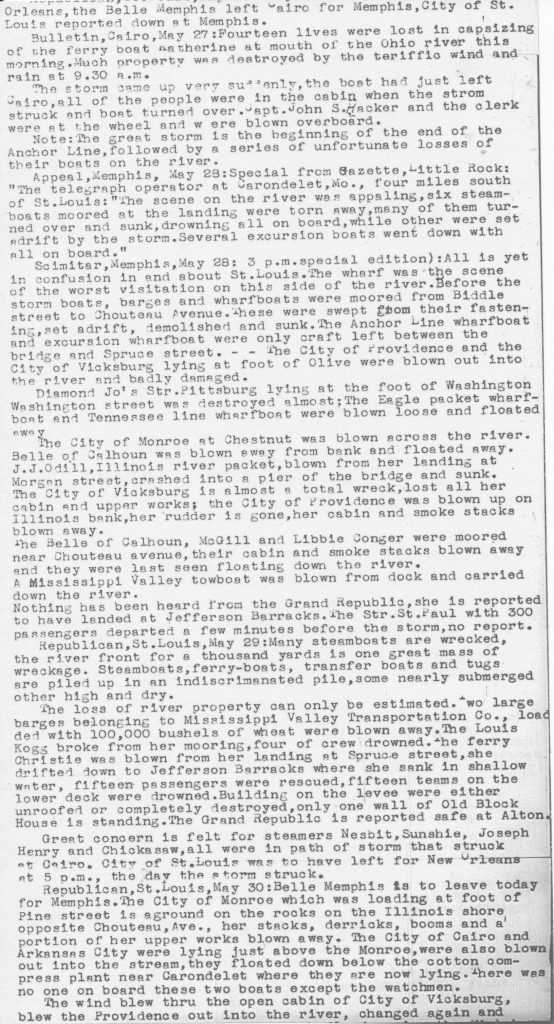 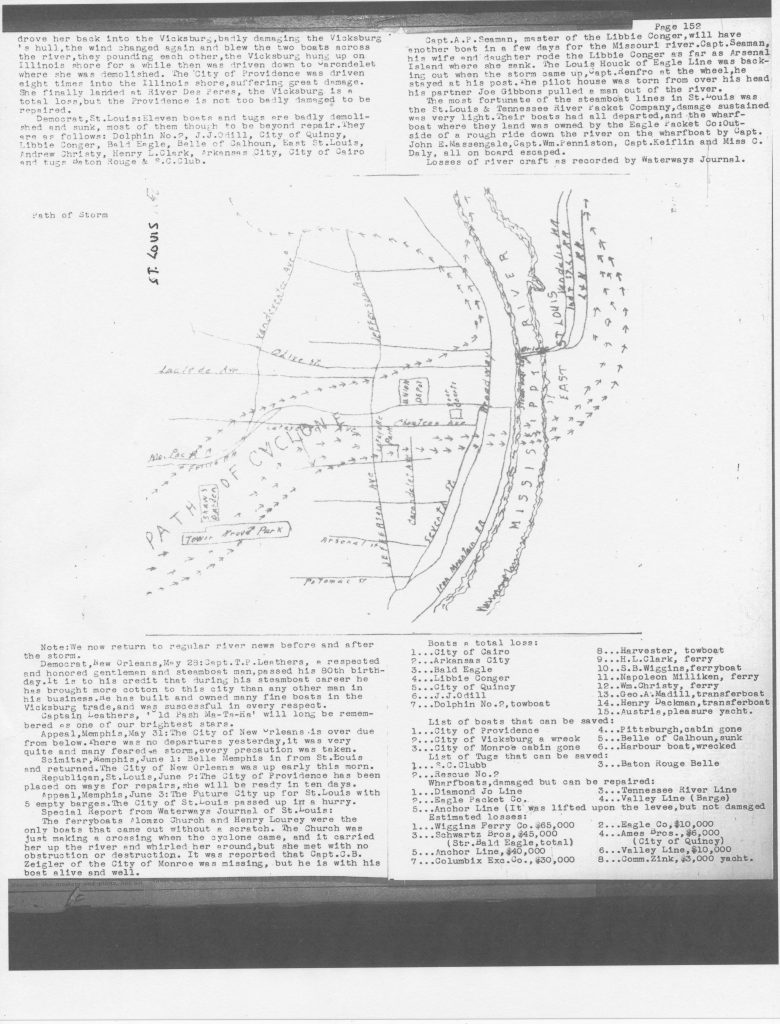