Posted on October 6, 2015 by leelinesteamers

These pictures are from a family album dating from 1907 1908 and were sent to me by Susan Lea whose family members are pictured.  They are the Schott and Ruppel families.  The man in the lower two pictures is thought to be the Captain of the STACKER LEE.  Thank you Susan for sharing these old family pictures.  I am always looking for old pictures such as these.

The STACKER LEE was nicknamed Stack-O-Dollars by her crew.  She was build following the demise of the St. Louis New Orleans Anchor Line a St. Louis major competitor.  Prior the end of the Anchor Line, the Lee Line went no further than Cairo Il.  Following the end of the Anchor Line, the Lee Line built 3 large packets, the STACKER LEE, JAMES LEE and the PETERS LEE.   JAMES LEE ran to and above St. Louis.  The STACKER LEE likewise ran the St. Louis trade while the PETERS LEE ran up the Ohio River to Cincinnati Ohio.  However these boats ran various routes as needed and competition allowed.  The Lee Line built several smaller packets in the late 1890’s in addition to the above boats. 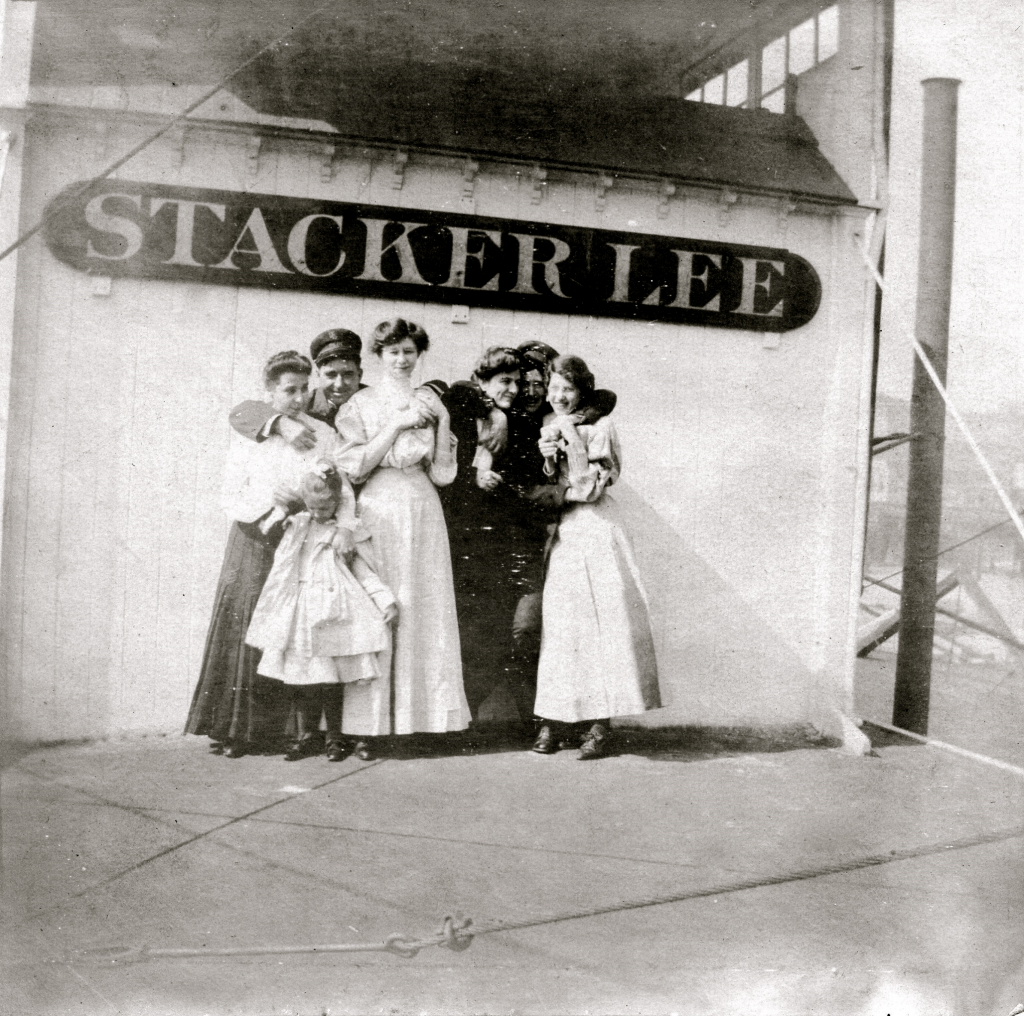 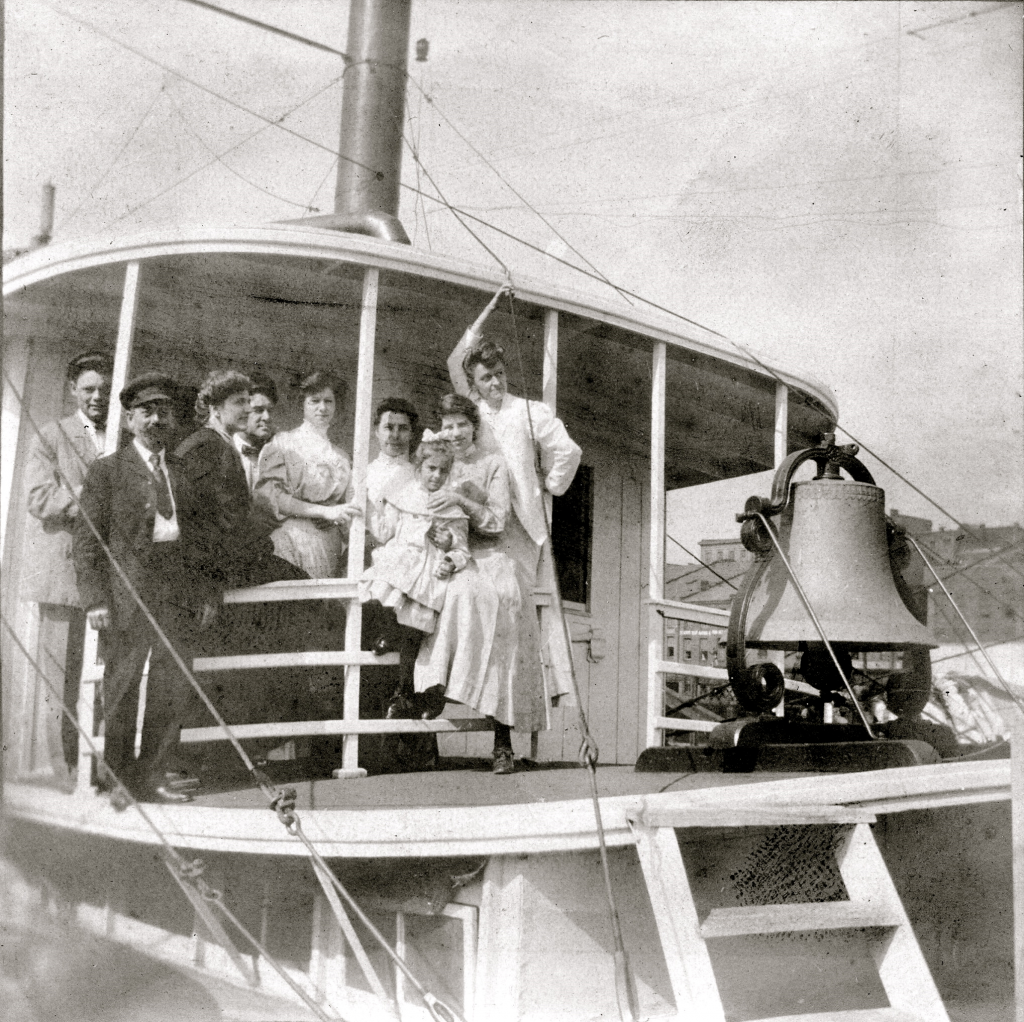 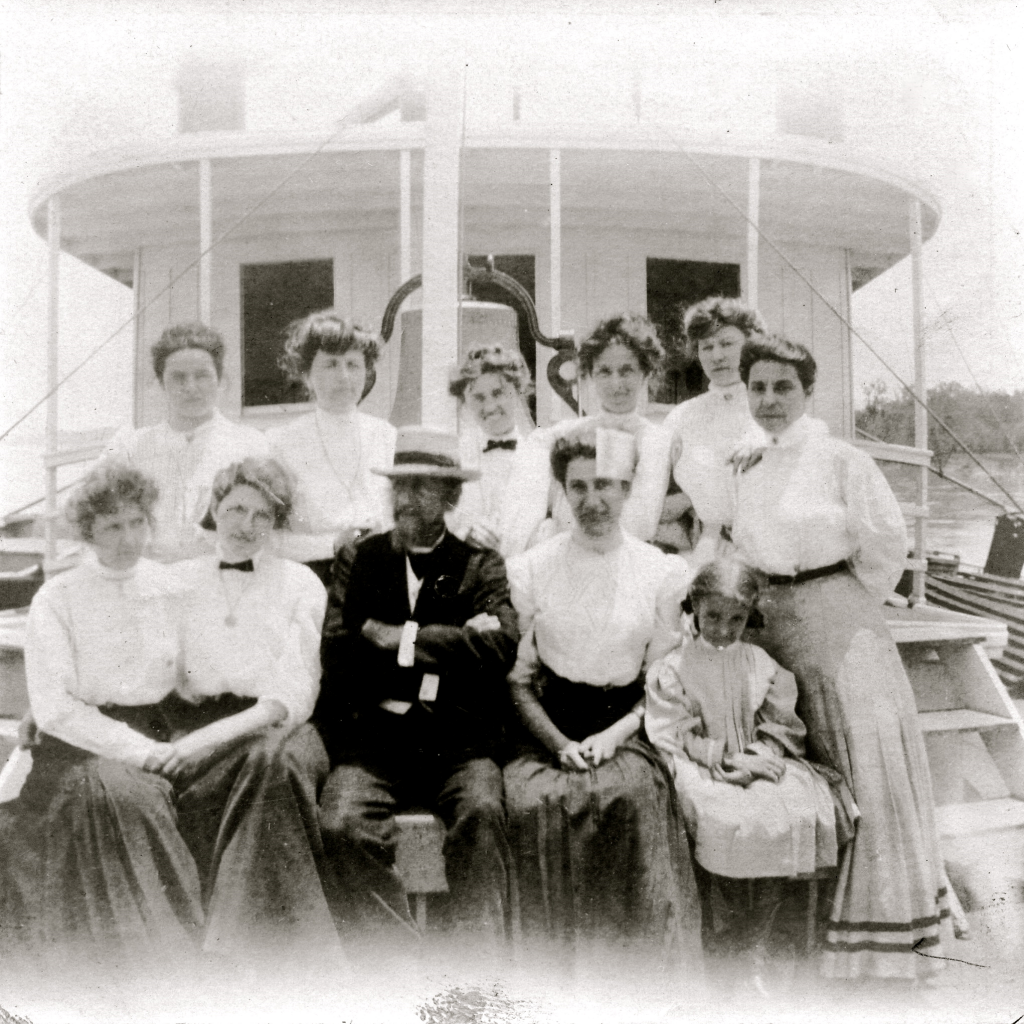 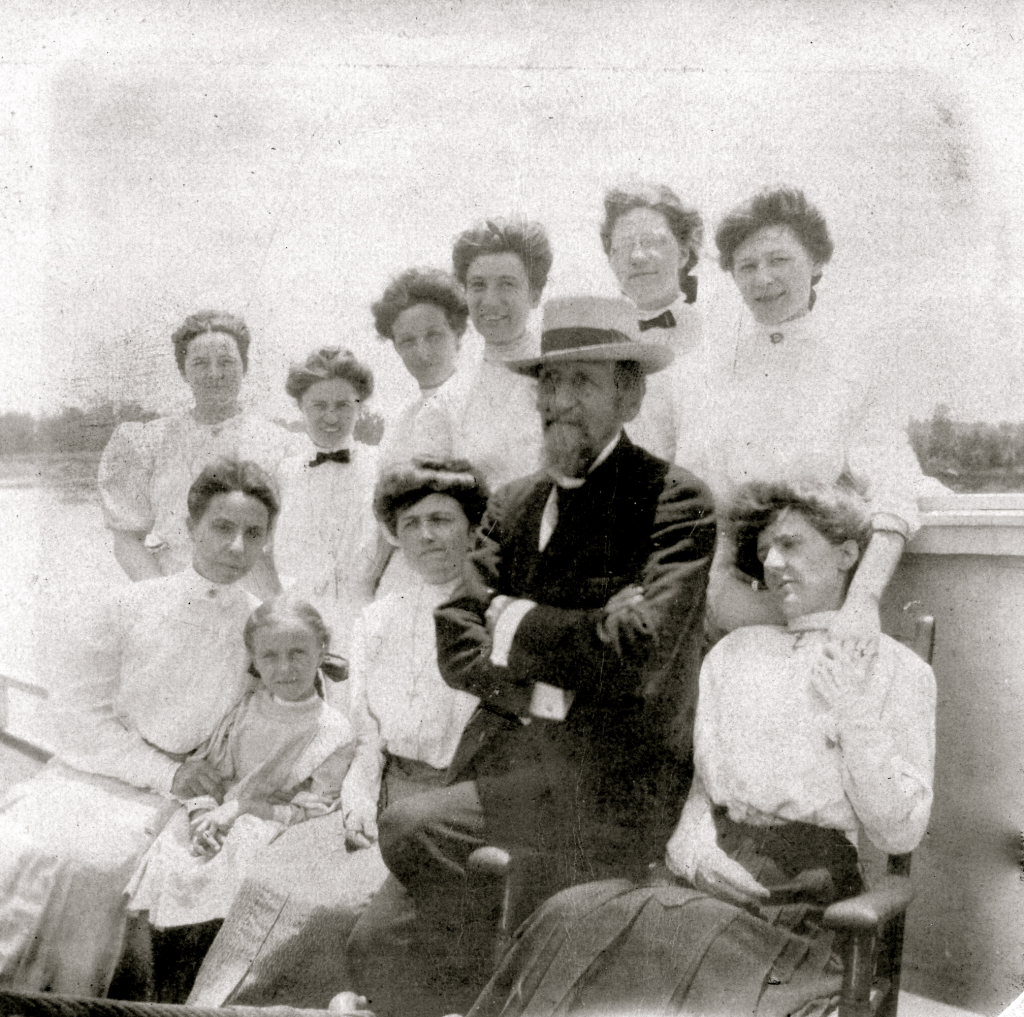