Posted on June 4, 2015 by leelinesteamers

The H W BUTTORFF is the steamer in the foreground.  The BUTTORFF entered the Lee Line fleet January 1911 and was renamed the JOHN LEE.  Evidently, this picture was taken prior to 1911.  This postcard is another EBay purchase in the quest to find new pictures of Lee Line steamboats.  The steamer to the rear of the BUTTORFF was a Ryman Line packet, which was a Nashville based company.  The Ryman family owned what is now the Grand Ole Opry House.  Capt. William Tippitt reported Mr. H.W. Buttorff was President of the Ryman Line.  Additionally, Capt. Tippitt noted that Mr. Buttorff was a director of the N.C. and St. Louis Railroad which was controlled by the L&N Railroad. 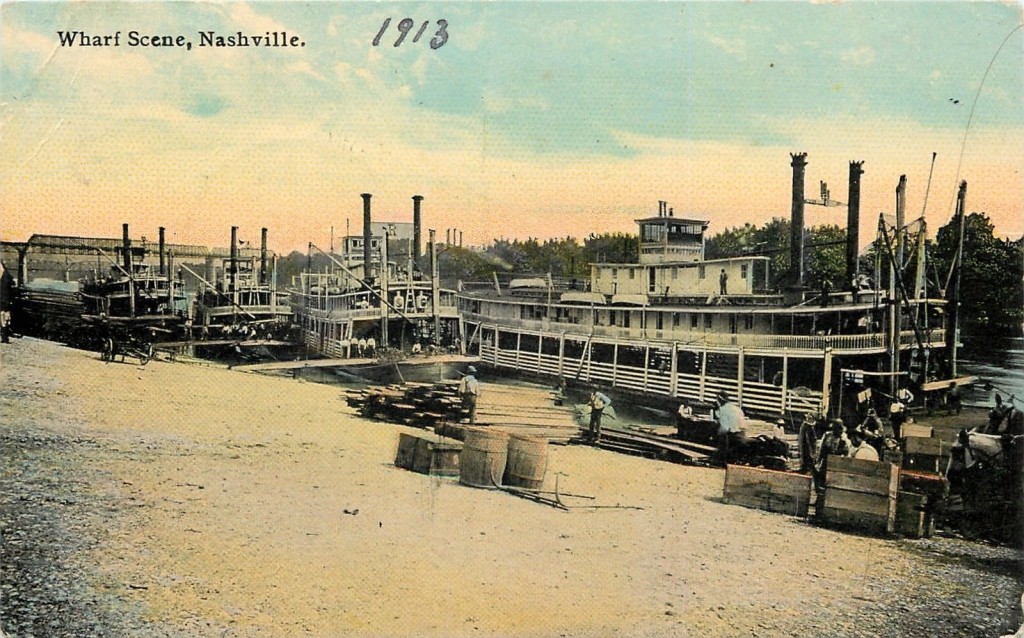