Posted on February 14, 2014 by leelinesteamers

The St. Louis and Tennessee River Packet Co. was a fierce competitor of the Lee Line.  Recently I was able to purchase this interesting piece of history.  The gentleman who sold this plate received it as a gift from an elderly friend whose family was from west Tennessee.  The friend of the seller had received it from his grandmother who likely travelled on a St. Louis and Tennessee River Packet Co. steamboat.  The makers mark on the back of the plate was the Shenango Pottery Co. New Castle PA.   Having watched Ebay for such items for a number of years, I was very happy to be able to purchase this rare plate.  Are there any Lee Line plates, cups and other serving dishes waiting to be discovered?  When the Lee Line Wharf-boat anchored at the foot of Beale Street Memphis burned in 1923 or 24, any such items would have disappeared.  However my hope is that there are a few dishes waiting to be discovered. 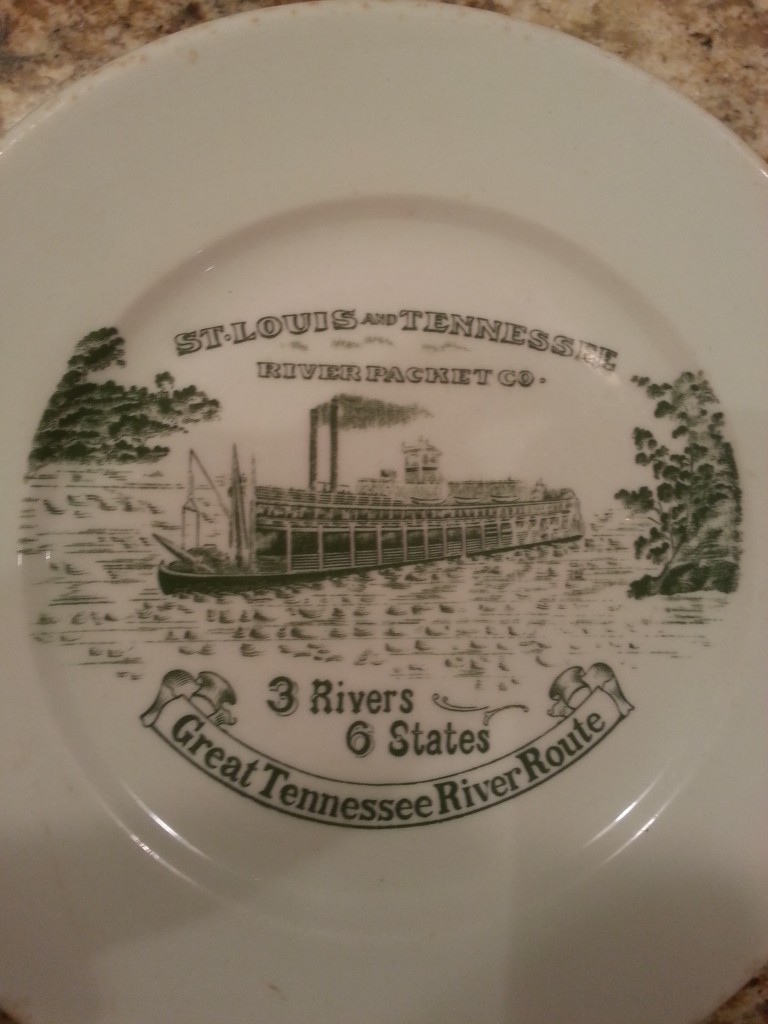