Posted on July 4, 2012 by leelinesteamers 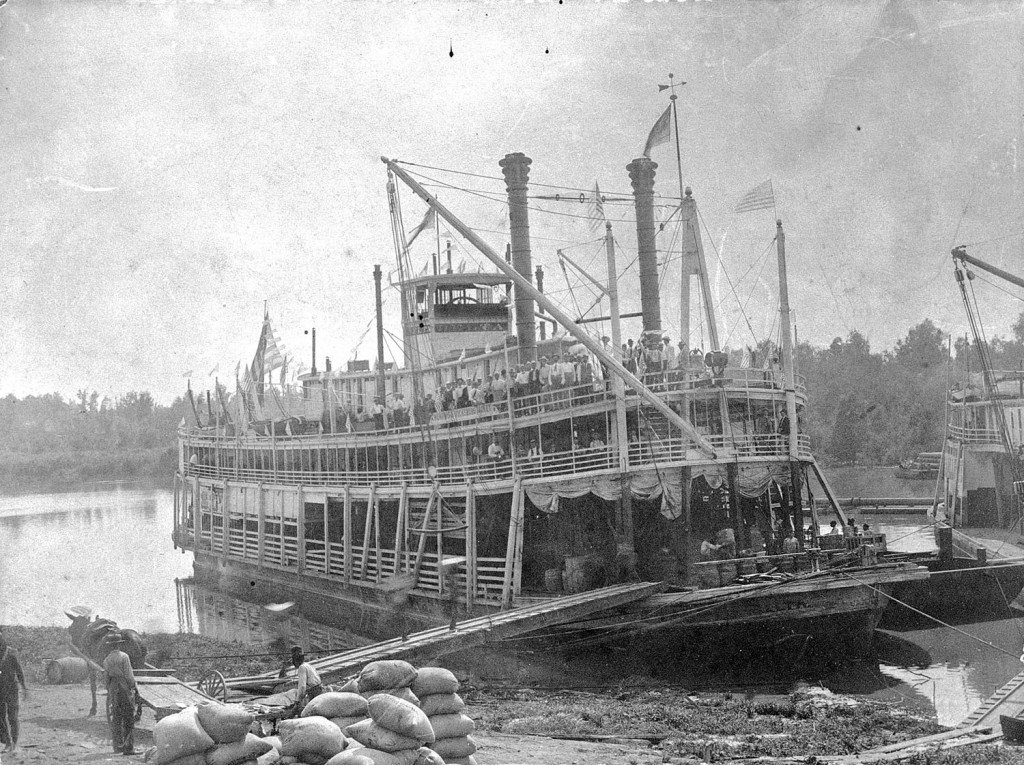 Way’s Packet Directory Boat #0461:  Sternwheel Packet built at Jeffersonville Ind., by Howard Shipyard, 1899.  190 ft x 38 ft x 5.8 ft.  Built for the Lee Line of Memphis, which ran her to Friars Point.  When still very new she was bought by Capt. E.W.B. Nowland, Memphis, who promptly renamed her DELTA for the Memphis-Vicksburg trade.  At the time of this sale she had roof signboards reading LEE LINE-PADUCAH AND WATERLOO.  She had been built to “buck” the St. Louis & Tennessee River Packet Co., but differences had been settled.  The Nowland Line relettered the signboards to read REGULAR MEMPHIS and VICKSBURG PACKET.  Sank after hitting an obstruction at Mayersville, Miss. in March 1903, raised.  Burned at Harwood Island below Greenville Miss., early March 1905.

The above picture of the DELTA is used with permission from the University of Wisconsin La Crosse Collections.