Posted on April 2, 2012 by leelinesteamers 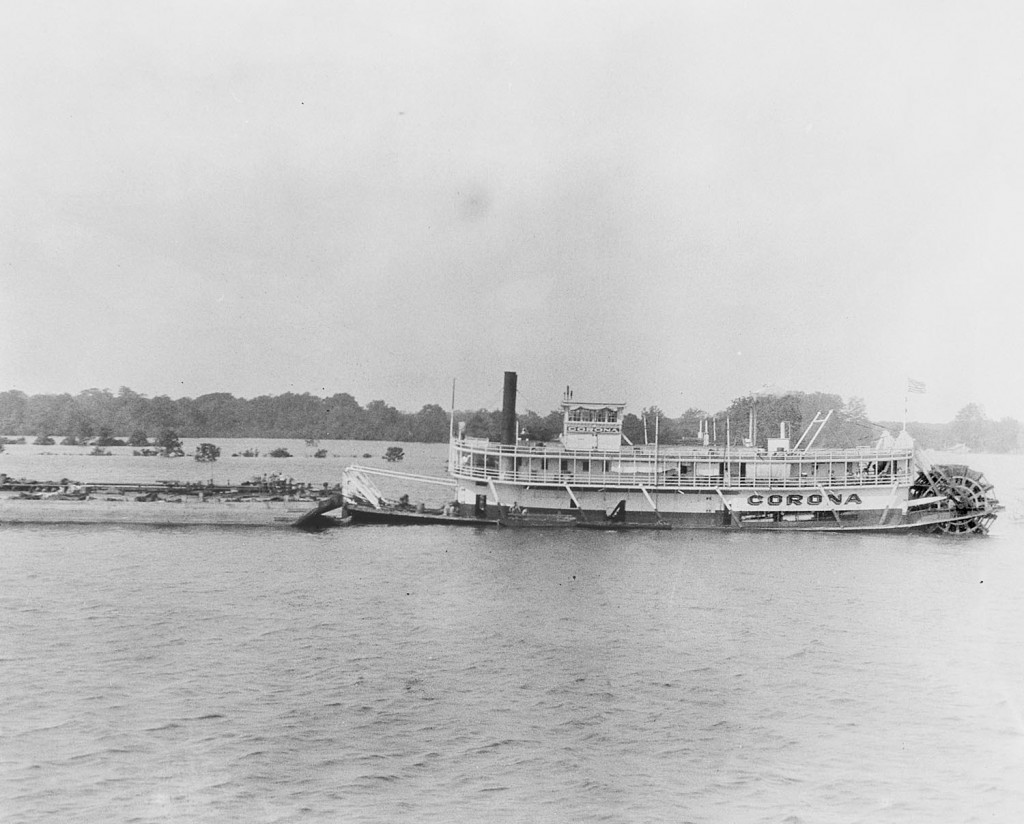 Way’s Packet Directory boat 0662.  “Steel Hull packet, built 1912 on the levee by the Southern Tank & Boiler Works Memphis Tn. for the Lee Line.  145 ft x 32 ft, originally had compound engines, 15’s, 30’s – 6 ft stroke and a firebox boiler.  Burned at the Memphis wharf destroying upper works in August 1913.  Sold to Standard Oil which made a towboat of her and renamed her CORONA.  They sold her to Transcontinental Oil (Standard subsidiary) and she was taken to the Panuco River, Mexico where she was renamed ROBALO.  Ultimately Standard brought her back again and called her CORONA, she flopped over at Island 35, in 1932.”  In this picture the CORONA is pushing a fuel barge.

This picture is used with permission of the University of Wisconsin Murphy Special Collections LaCrosse WI.  In searching their archive looking for the BOB LEE JR, this is the only picture available.

The President of Standard Oil of New Jersey, Walter Teagle met my great aunt Rowena Lee on a transatlantic voyage sometime in the early 1900’s and married around 1907.  In 1912 her nephew by marriage, Walter Edge former governor of New Jersey and former ambassador to France became President of the Lee Line Co with Walter Teagle serving as Vice President after my great uncle Robert E. Lee served as Lee Line President from 1895 until 1912.  My grandfather Shelby Rees Lee and his older brother G Peters Lee served as district managers of the Lee Line until the Lee Line entered voluntary liquidation in 1926.