1918 Sinking of the GEORGIA LEE and DESOTO 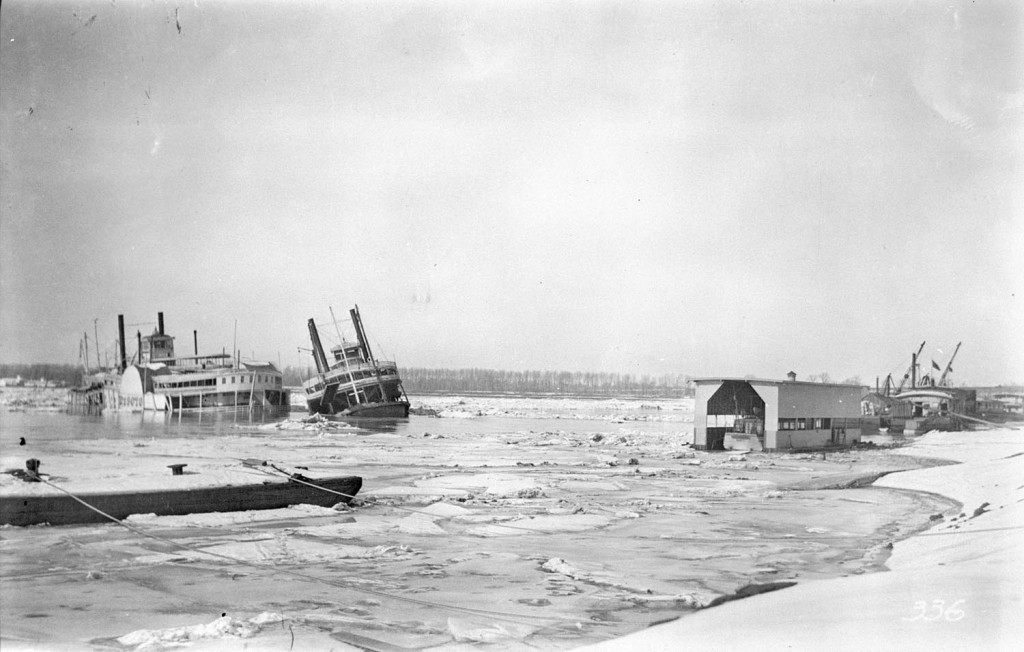 During the great Mississippi River ice gorge of January and February 1918 the GEORGIA LEE and the DESOTO were crushed and sunk.   Following the great flood of 1937 which forced the evacuation of tens of thousands of people and flooded thousands of square miles of land along the lower Mississippi River, great efforts were made to tame the river by chanelization and other methods to control flooding.  Prior to that time the river flowed at a slower rate allowing the river to freeze resulting in boats being crushed by the ice.   The DESOTO formerly the JAMES LEE was converted into an excursion boat in 1914.  The Texas deck was removed with an open canopy going in its place.  The only other picture of this event, I am aware of, shows both boats from the bow.

This picture was used with permission from the University of Wisconsin Collection.