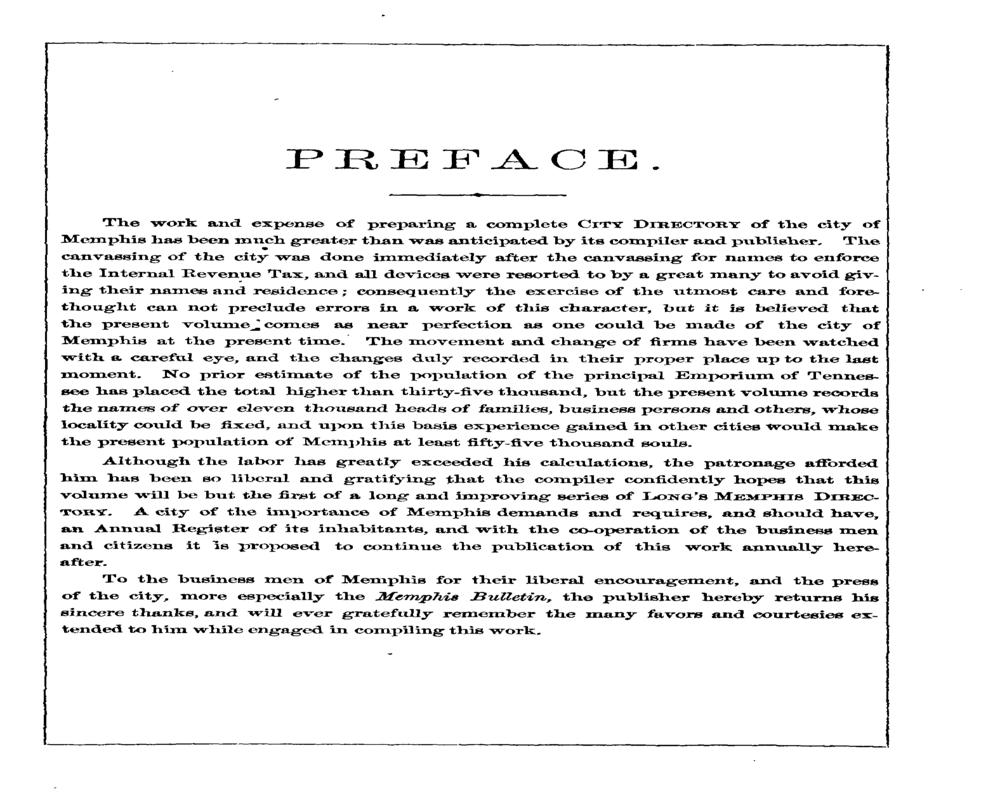 In 1865 the citizens of Memphis were not happy having to pay Federal taxes with the result that the compilers of the Long’s Memphis City Directory had difficulty getting people to identify themselves and their addresses.  Following the capture of Memphis early in the Civil War, Union officers seized property they deemed to be abandoned whether it was actually abandoned or not.  In the Book Diary of an Old Lawyer in his section on my great grandfather James Lee Jr., the author wrote that he was pranked by him when he mistook him for a peddler who happened by his home in a very time worn buggy pulled by an ancient horse.  James’ fine carriage horses where hidden away in a cellar with their feet muffled with rags since they were likely to be deemed abandoned property by Union officers looking for rebel property to seize.