Posted on August 5, 2016 by leelinesteamers 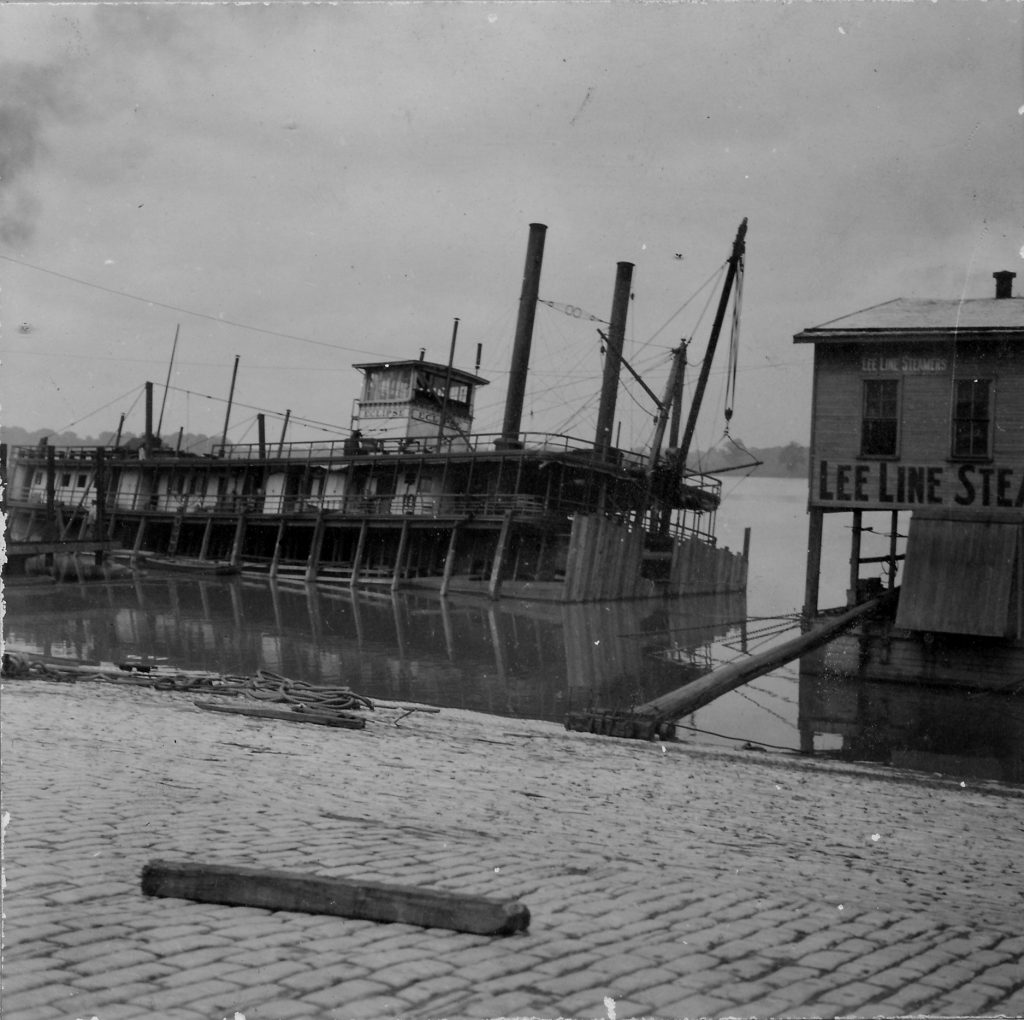 My new friend Jeff Wilkes of Savannah TN gave me this great old picture.   Jeff has an amazing collection of St. Louis and Tennessee River Packet items.  This picture was cropped from the original which is a stereoscopic card.  The City of St. Joseph was built at St. Joseph MO in 1901.   As you can see from this picture the Eclipse was in a bad way.  Way’s Packet Directory reported the following, ” The Lee Line at Memphis in latter (November) 1916 changed her name to ECLIPSE (from CITY OF ST. JOSEPH) and ran her Memphis –  Caruthersville.  She ended up on a snag at 7:00 pm, Sept. 25, 1925 Opposite Osceola Ark.  Crew and passengers got ashore over a sand bar.  The picture of the City of ST JOSEPH below shows a much different configuration with an extended bow.  Ways also reports the City of ST JOSEPH collapsed a flu in June 1911 killing 18 deck crew and injuring engineer Floyd Morgan.  She was caught out high and dry at Luna Landing, Ark in March 1916 and remained there some time.” 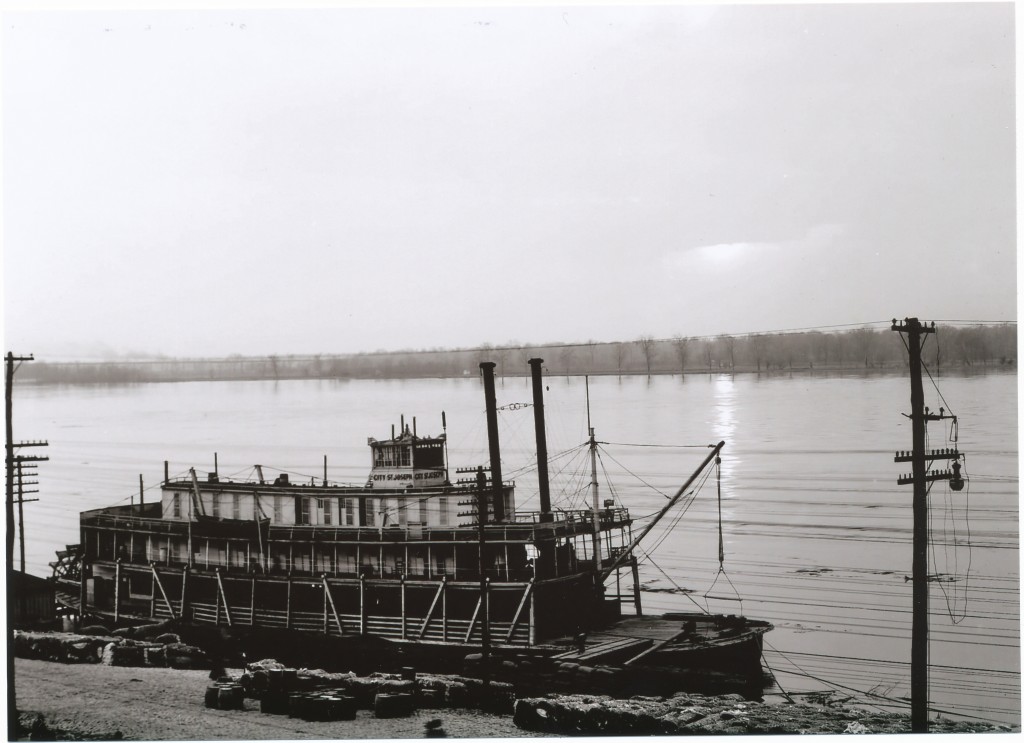