Posted on January 4, 2016 by leelinesteamers 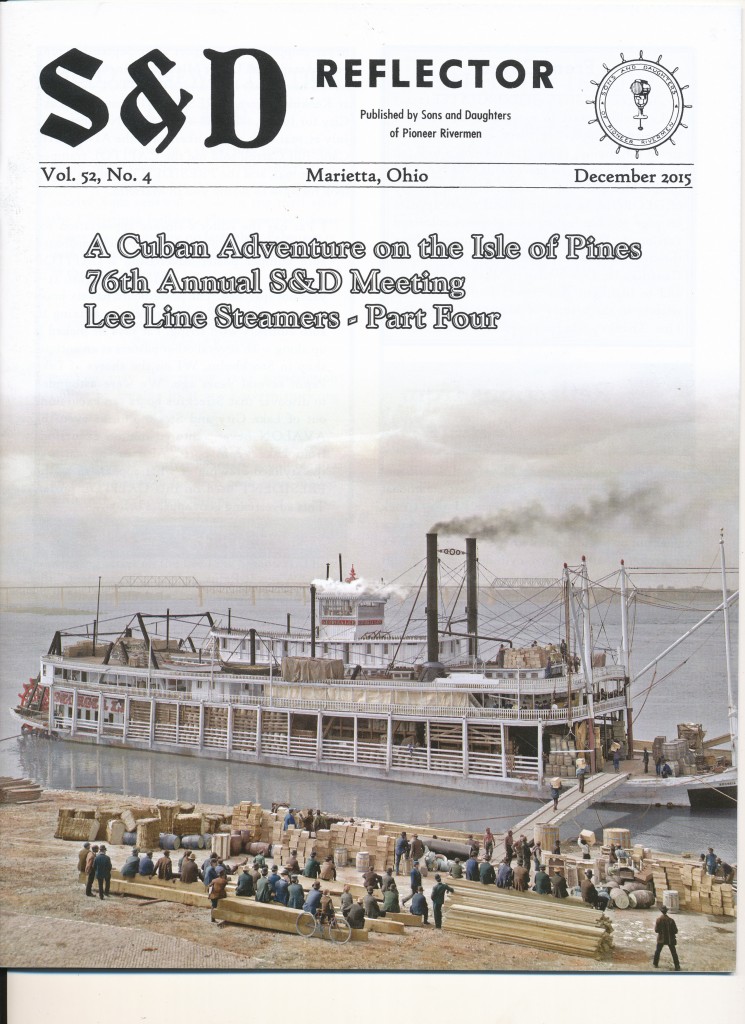 The S&D Reflector is the quarterly magazine published by the Sons and Daughters of Pioneer Rivermen.  Membership is open to anyone who is interested in the steamboat era.  Membership cost $35 per year with family subscription costing $1 per additional family member.  Full membership includes the quarterly S&D Reflector, admission to the Ohio  River Museum, the towboat W. P. SNYDER, JR. both at Marietta Ohio and voting rights at the annual meeting.  Family members enjoy all the same privileges except a copy of the Reflector.  You may become a member at www.riverhistory.org.

This December 2015 issue concludes the history of the Lee Line.  These 4 issues were possible primarily thanks to Capt. William Tippitt whose lengthy research using newspaper accounts from multiple decades past and oral accounts he heard from rivermen who new my Lee ancestors.   His history was complied in the early 1970’s and thankfully was microfilmed with copies sent to the Tennessee State Library at Nashville, Louisiana State University at Baton Rogue Louisiana as well as several other libraries.  David Tschiggfrie editor of the S&D Reflector gracious granted me permission to use the above image as well as skillfully edited my four part submissions.