Posted on February 25, 2012 by leelinesteamers 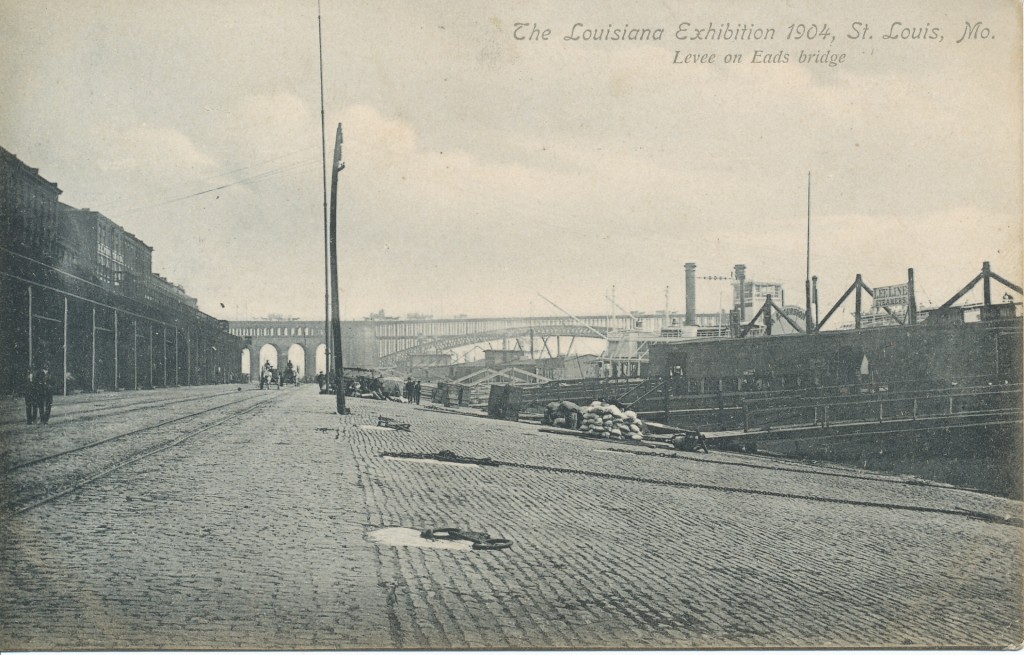 The centenial celebration of the Louisiana Purchase was moved from 1903 to 1904 to coincide with the 1904 St. Louis Worlds Fair Exposition.  The Fair’s 1,200 acre (4.9 km²) site, designed by George Kessler, was located at the present-day grounds of Forest Park and on the campus of Washington University, and was the largest fair to date. There were over 1,500 buildings, connected by some 75 miles (120 km) of roads and walkways. It was said to be impossible to give even a hurried glance at everything in less than a week. The Palace of Agriculture alone covered some 20 acres.

Exhibits were staged by 62 foreign nations, the United States government, and 43 of the then-45 U.S. states. These featured industries, cities, private organizations and corporations, theater troupes, and music schools. There were also over 50 concession-type amusements found on “The Pike”; they provided educational and scientific displays, exhibits and imaginary ‘travel’ to distant lands, history and local boosterism (including Louis Wollbrinck’s “Old St. Louis”) and pure entertainment.

19,694,855 individuals were in attendance at the fair (copied from Wikipedia)

The Lee Line as did other steamboat lines carried people to this event.