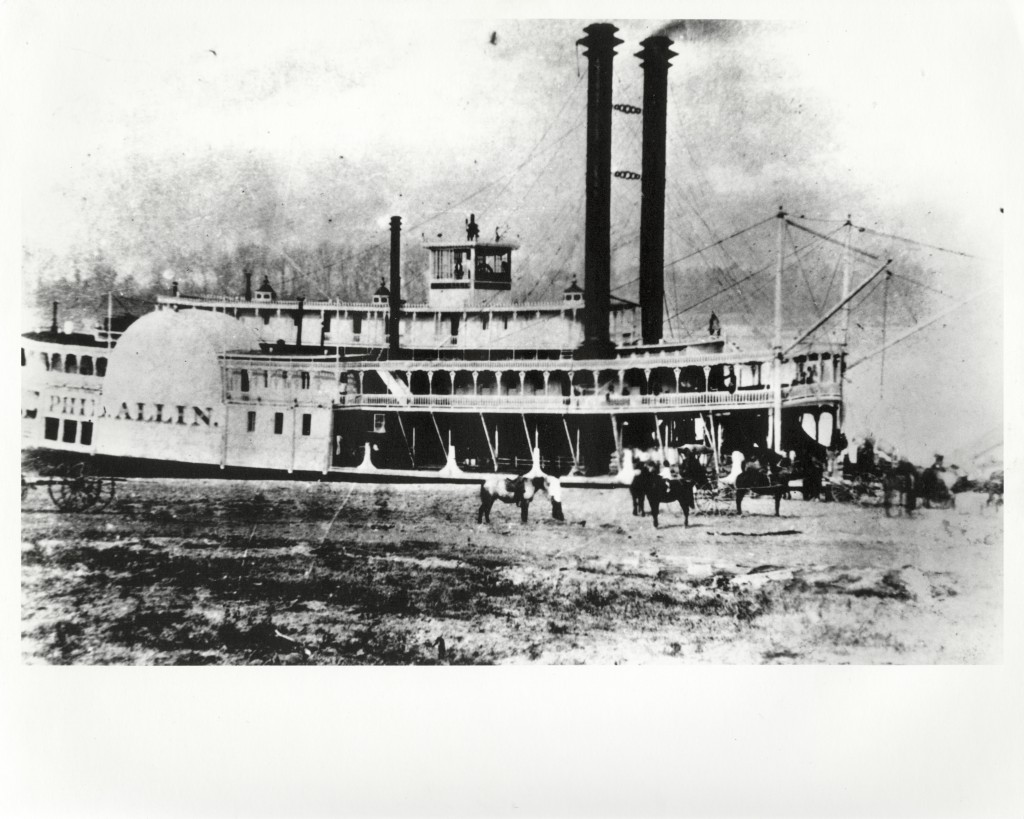 The book Elmwood Cemetery publish in 1874 has this to say about Major Phil Allin, “Major Phil Allin left Memphis in 1861 a Lieutenant in Captain James H. Edmondson’s Bluff City Grays.  He served in this command and capacity at Belmont and Shiloh, and in these battles, as in many subsequent conflicts, evinced extraordinary coolness and heroism.  He was transferred to the cavalry service, and was one of the most brilliant and dashing officers whose genius for war was inspired or evoked by Gen. N.B. Forrest.  Major Allin was a favorite officer of his commanding general, and when delicate trust or daring duties were to be discharged, was almost constantly selected to lead the way.  Never a soldier come out of the war between the States with a brighter escutcheon than the intrepid, generous, admirable gentleman and officer Phil Allin.  He died inMemphis in 1869, about thirty years of age.  It was no mean tribute to his worth that one of the swiftest and prettiest steamers on the Mississippi bears that ever-honored name, Phil Allin.”  Pages 97 and 98.