Posted on August 10, 2018 by leelinesteamers

This compilation of articles was found in the Dover County TN Historical Society archives.  The left hand articles detail the last relic from the Lee Line’s dispersion in 1926.  My great uncle G Peters Lee continued to operate several Lee Line boats along with my grandfather S Rees Lee until Peters passing.  Of interest is the involvement of the Delta Transportation Line operated by Frederick Smith and Earl Smith.  Also of interest is the reference to the steamboat J B SMITH.  This boat must have been named after James Buchanan Smith father of Frederick Smith (not absolutely certain though). 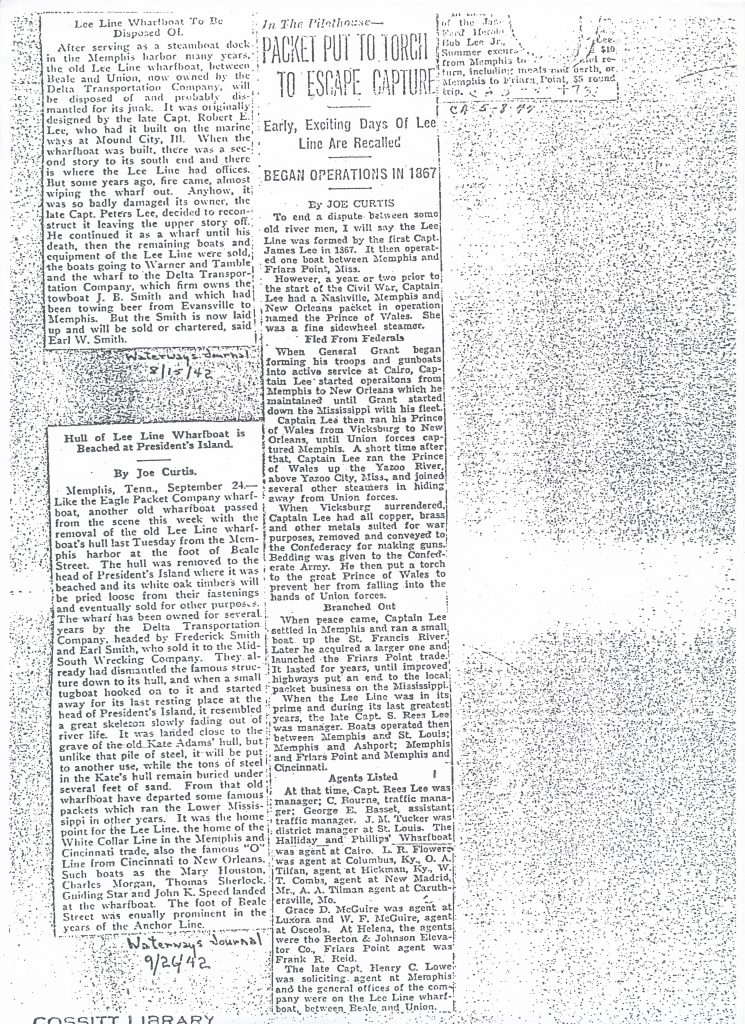