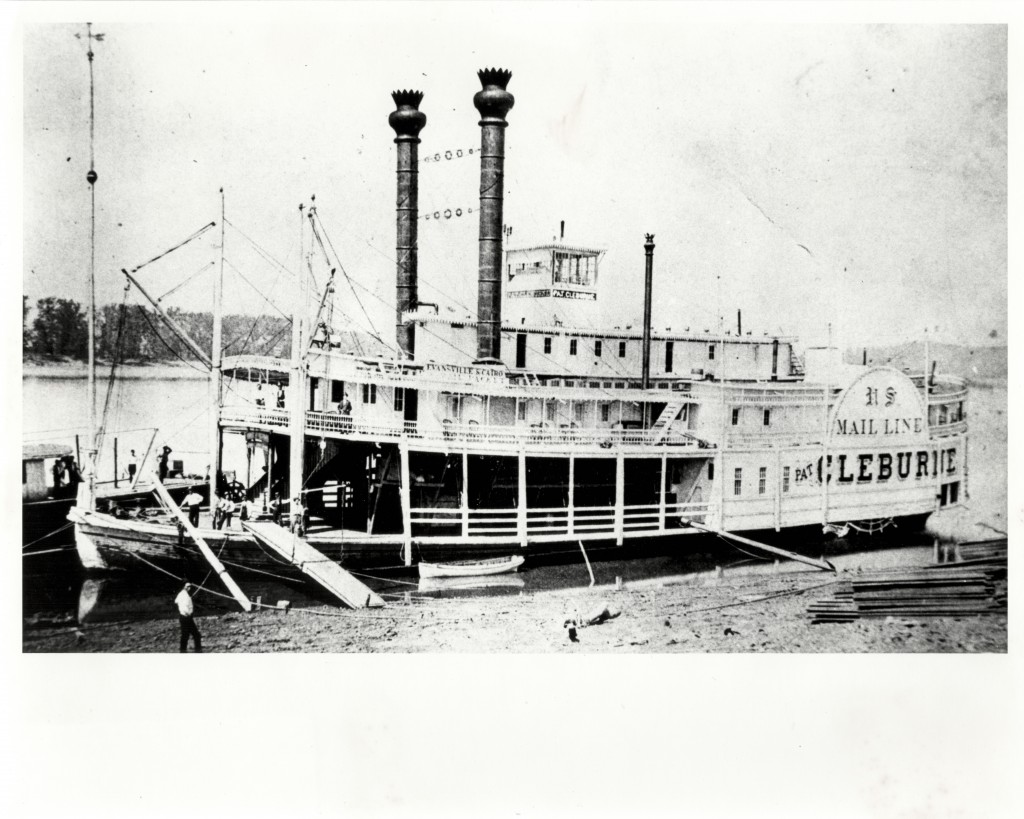 PAT CLEBURNE: Boat 4398 Way’s Packet Directory page 363. (Named after Confederate General). Side Wheel Packet, wood hull, built Cincinnati Ohio 1870. A fair sized boat, dimensions not at hand.  Engines 20’s – 7 ft. Four boilers each 37” by 24 ft., two 14” flues. Built for the Memphis & White River Packet Co. She and ARKANSAS BELLE were partner boats and both came to the Evansville-Cairo trade owned by Evansville, Cairo and Memphis Steam Packet Co. In 1875 Capt. John Goff, master with Mat Williams clerk. On the down bound trip she was landing opposite Weston, Ky. May 17, 1876. The ARKANSAS BELLE came up and was landing alongside when the boilers of the PAT CLEBURNE exploded. Capt. Dick Fowler was in command at the time, asleep in the Texas, and was burned in the ensuing fire. The death toll was given as fourteen persons. A Banca boiler plug was later found melted. The snag boat E.A. WOODRUFF removed the wreck. Way’s makes no reference to the Lee Line concerning this boat.

General Patrick Royane Cleburne was born in Cork Ireland and emigrated to the United States in 1849.  He settled in Helena Ark and enlisted in the Confederacy in 1861.   Patrick Cleburne was one of two foreign born officiers to attain the rank of Major General in the Confederate armed forces.   He was a skilled combat officier and distinguished himself during a number of battles.  He died at the battle of Franklin Tenn November 30, 1864.