Posted on September 13, 2014 by leelinesteamers

This picture is from the group of 5 glass negatives.   Passenger or crew member?  My great great grandfather James Lee Sr. a number of years prior to the Rees Lee entering the Lee Line fleet added cabins onto the back of the Texas deck of the GENERAL ANDERSON which he owned following the Civil War.  These cabins were for black passengers who wanted a cabin accommodation’s rather than having to sleeping on the boiler deck.  He told friends who questioned this decision that “I believe any person paying first class fare on a steamboat is entitled to first class passage.”   The additional cabins built onto the GENERAL ANDERSON were completed October 12, 1869.  The same food served to white passengers was likewise served to black passengers.  (This history is from a newspaper byline  – In the Pilothouse by Joe Curtis who wrote extensively about the river transportation industry.  In light of the Lee Line having a history of first class accommodations for black travelers, this person could have been such a passenger.  His clothes do not seem to be the clothes of a rouster. 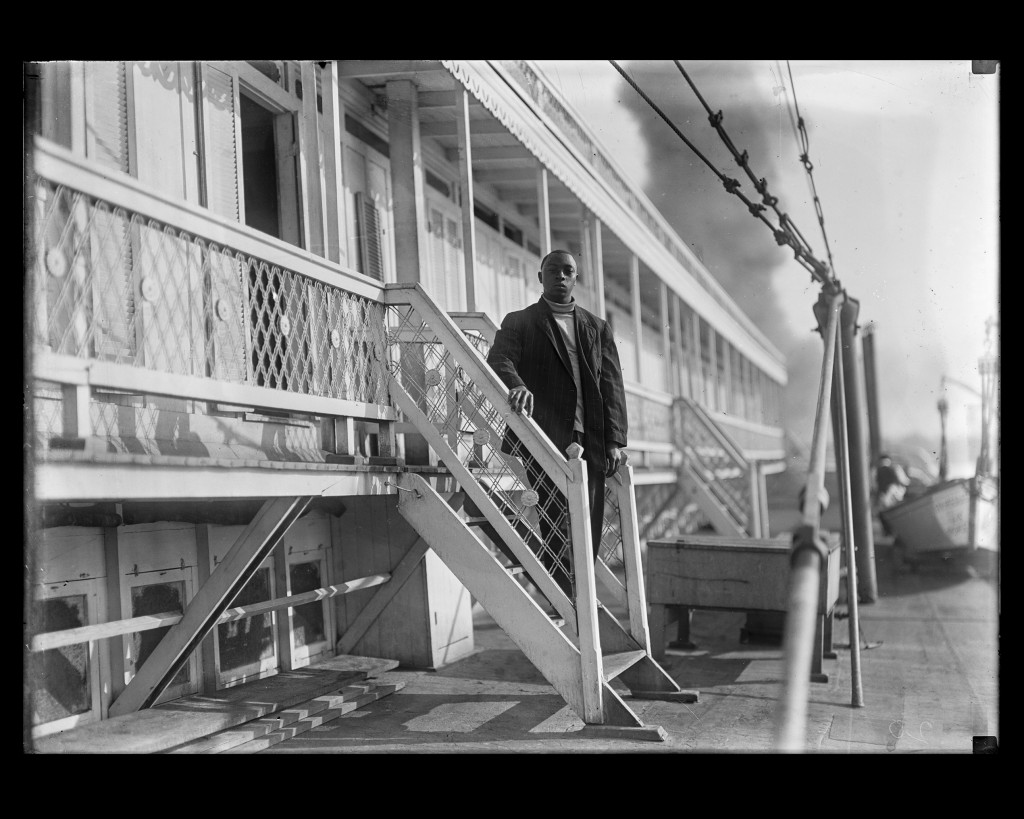